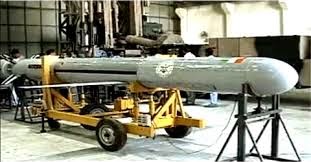 This is Nirbhay’s second launch, the first being terminated mid-way on 12 March 2013 owing to a technical snag. Nirbhay, with an expected strike range of 800-1000 km, is the first missile being made completely in Bangalore. Must-know points about India’s Nirbhay or ‘fearless missile’:

India Launches 6th IRNSS Satellite – All You Need to Know