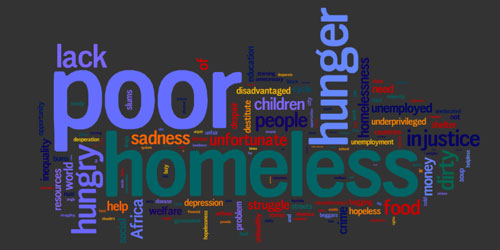 Mahatma Gandhi had once stated, “True Democracy can not be worked by some men sitting in top. It has to be worked from below by the people of every village”. He had a firm opinion that the soul of India lies in villages. So the democracy in a real sense also lies in the village. According to him, villages are the backbone of India’s Economy and since ancient period Panchayats have been the nerve of Indian village service. Government of India as well as different States are now increasingly soliciting the assistance of the PRIs in the implementation of various schemes as well as programmes linked to poverty eradication.

It was the Balawant Rai Mehta committee that first recommended the establishment of Panchayti Raj on the principle of democratic decentralization. Under the scheme was propounded a three tier system of local-self government with Panchayats at the village level, Panchayt Samitis at the block level and Zila Parishad at the district level. Each tier was to be fundamentally tied to the next higher tier by indirect election. It was only for Panchayats at the village level that the direct election was promulgated.

The Natioanl Development Council accepted , in principle, the recommendation of the Balwant Rai Mehta committee in 1958. In 1959 Rajasthan and immediately after that Andhra Pradesh became the first state to establish Panchayat Raj System.

The 73rd Amend Act of 1992 introduced the electoral system of the composition of the units of local government below the district level.This amendment paved the way for adding a new schedule to the constitution of India that provides a well-defined role of Panchayati Raj Institutions (PRIs) in rural development. One more important step was taken,following the Amendment,when on April 24,1993 the new Panchayati Raj came into force.

The Union Government and the states have carved out a specific role to PRIs in context of the XI the scheduled and the Five Year Plans. Programmes that PRIs have to perform for poverty eradication are:

It is self employment programme that comprises the earlier anti-poverty eradication programmes such as the Intgrated Rural Development(IRDP); Training of Rural Development for Self-Employment (TRYSEM); Development of women and children in Rural Areas (DWCRA);Million wells scheme (MWS). In order to improve the effectiveness of all these self employment generating programmes, they all,after being redesigned and restructured, have been merged into the Swarna Jayanti Swarozgar Yojna (SGSY) from April 1,1999. The SGSY envelopes all aspects of self employment that embraces organizing the rural poor into Self Help groups (SHGs).

As a comprehensive housing scheme SAY has been launched in 1999-2000 on a pilot project in one block of each of 25 districts in 24 states and in only one Union Territory. The scheme aims to ensure integrated provision of shelter, sanitation and drinking water through people’s participation.

Launched on 1 September 2001, SGRY’s aim is to cater wage employment in rural areas. It solicits to ensure food security to the poor. The ongoing Jawahar Gram Samridhi Yojna (JGSY)and Employment assurance Scheme (EAS) have been fully integrated within SGRY from April 2002. SGRY is being implemented on cost sharing basis of 75 : 25 between centre and states.

Under this scheme, that was initiated in December 2000, all BPL families are getting 25 kg of rice/wheat per month at the rate of Rs.3 and 2/- per kg. Many other programmes such as 20 point Programme, Minimum needs Programme, etc. Are part of AAY.

In order to poverty eradication and make rural development through PRIs, it is imperative the schemes running through PRIs be provided with sufficient fund at proper time. State Governments must take special interest in trainning Panchayat people for proper implementation of schemes and to maintain accounts.