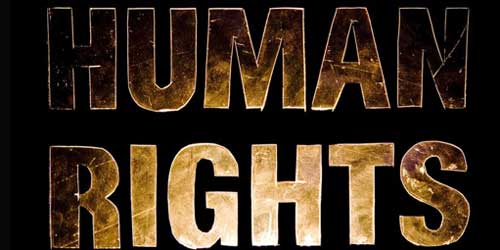 Human Right should be viewed as an ongoing attempt to define human dignity worth and form human rights’ culture in future for society. The core principles of a human rights culture is going to survive only if people abide to sea a point in doing it so. It needs to be constantly shielded.

The denial of human rights and fundamental freedoms not only is an individual and personal tragedy but also causes conditions of social and political unrest sowing the seeds of violence and conflict within and between Societies and Nations. In order to elude these problems various international agencies comprising League of Nations, UNO., put stress for the protection of human rights permanently; it is a different matter that the idea of human rights predates the United Nations.

Human rights and fundamental freedoms allows us to evolve fully and used our human qualities, our intelligence, our talents and our conscience and to satisfy our spiritual and other needs. They are based on mankind’s growing demand for a life in which the inherent dignity and worth of each human being will get respect and protection. It would be apt to quote here United nations Center for Human Rights – “”Human Rights could be generally defined as those rights which are inherent in our nature and without which we cannot live as human beings”.

Protection of Human Rights Acts, 1993 has defined the term “human rights” under section 2 (D): “Human Rights means the rights relating to life, liberty, equality and dignity of the individual guaranteed by the Constitution or embodied in International covenants and enforced by courts in India”.

The genesis of the concept of human rights can be traced into the emanation of classical liberalism. Classical liberalism created a passionate defense of the principles such as competitive individualism, private property and market ethics, etc. it cherished the realization of Individual’s liberty, his growth and human progress through the functioning of the above principles. The ideas of the rule of law, limited government and individualism characterized the seventeenth and eighteen century anti-nationalist school of political liberalism.

Human Rights have existed, in however incipient a form, ever since man as a gregarious animal has lived in communities; family; clan; tribe, village; town and nation; and now in an independent world community. The superstitious approval by the ignorant masses of their ignoble poverty, of human sufferings, of hunger and diseases, of callous discrimination and exploitation of man by man and of the age old apathy of the elite in power in large parts of this globe, has further complicated the problem of human rights. In this context we all have to accept that a man is a human being first and foremost irrespective of where he is born to live.

One can, while dealing with the history of “Human Rights”, easily say that the human rights concept has been predominantly western liberal concept which has come to be widely accepted by rest of the world. However, as far as the theoretical part of the concept of human rights is concerned history of human being tells another thing also. No one is denying that ancient Indian history is a mixture of greatness and base exploitation; however we should also take some views of Hindu religious texts that echo the essence of so called western idea of human rights.

“As the cow protects her own new born even at the risk of her own life, so one should enlarge one’s heart infinitely with compassion for all Sentient beings”.

The most ancient literature that humanity possesses today – the Rig Veda– reveals the enlightened and refined treatment of key issues of importance to human being- even in advanced stages of development of human society.

Such an outlook of humanism, as well as of vigilance, regarding protection of human rights also accounted for the clarity with which Indian thicker developed the concept of “Sarva Dharma Sambhav.”

“Don’t do unto others what is hateful to you. The God will know. Do unto others as you would have them unto you.”

Holy Quran illustrates the concept of human rights as follows:

“Al men are brothers and that non-Muslims should be treated with no less dignity and respect for their personality than Muslims. O discrimination against all persons whether black or white or whatsoever.”

It is very important here to mention our former Chief justice V.R. Krishan Iyer in whose opinion, “Religion of Man is located in Vedas, Buddhist texts, Bible, the Quran. Every human being is a divine being and has title to dignity, liberty, equality and other basic rights. We cannot understand or evaluate human rights divorced from the historical and social context. Idle ideals and empty assertions cut no ice. The status of human rights takes us to the life-style of a society. That is why the Indian Constitutional approach is soaked in the social milieu and human conditions. India is a plural society and the concept of the human rights in such society has a different and unique position.”