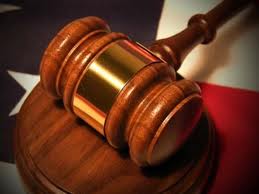 Human rights refer to those basic rights and freedoms to which all humans are entitled, right to life and liberty, freedom of expression equality before law etc are some of these rights. The Magna Carta is an English charter of 1215 is one of the worlds first documents to contain human rights.
In the modern history the Geneva conventions which came into being between 1864 and 1949 as a result of efforts by Henry Dunant, the founder of the International Committee on the Red Cross is the first at-tempt to recognize and safeguard the human rights of the International Community.
The United Nations organisation was established on 24 October 1945. Immediately after its establishment

Q. Why do we perspire on a hot day?A. The human body is physiologically conditioned to maintain uniform...
Read more
Science

Chandrayaan-1 was India's first unmanned lunar probe. It was launched by the Indian Space Research Organisation in October 2008 and operated until August 2009. The...
Read more
Science

Virus Varicella zoster, a small infectious agent, replicates only inside the living cell of their organisms. All kinds of life forms, from animals and...
Read more
Science

Why is Yoga important? In the present day world, along with rapid technological and cultural advancements, the vulnerability of human beings to various diseases also increased...
Read more
Science

It may sound exaggerating, but is a fact that there are over a million industrial robots that can be found working for us in...
Read more