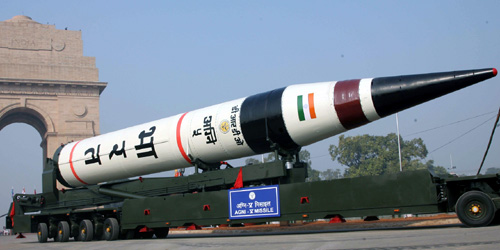 Indian missiles are placing India proudly into an elite league of defence forces having such technologies. Although India’s defence policy was promoting the world peace, it decided to be ready against any type of aggression. For this reason, India had to become self- reliant in modern war technology such as missiles. Thus, the Defence Ministry of India constituted Integrated Guided Missile Development programme (IGMDP) in 1983.

The main aim of this programme was to develop comprehensive missiles in between 1983 and 2007, thereby adding great weight to the Indian Defence capabilities. DRDO (Defence Research and Development Organization) started working with many other research centres to build strong Indian missiles technology.

Finally, it became successful in developing, designing and operationalizing five different categories of missile systems. They are as follows:

Among all Indian missiles, PRITHVI (means earth) was the India’s first indigenously developed ballistic missile. It is a short range surface to surface ballistic missile which was successfully test-fired in 1988 from Sriharikota Rocket launching centre. Its range is between 150 km to 300 km. The different variants in PRITHVI are as follows:

AGNI (means fire) is the intermediate range ballistic missile system with a range up to 5000 km. It is capable of piercing the atmosphere with high speed when fired. Among Indian missiles programs, Agni is most successful. The variants of AGNI are as follows: 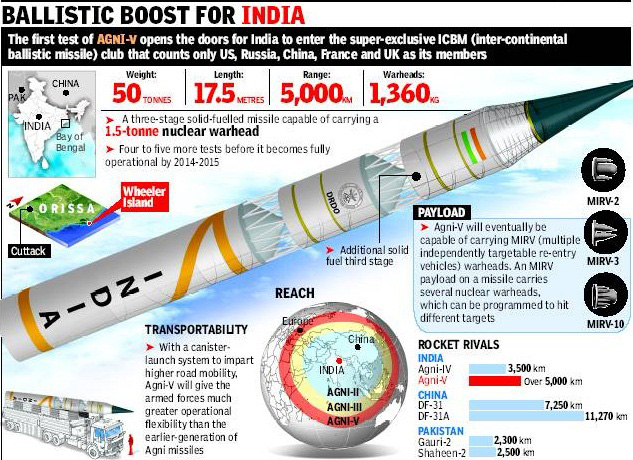 TRISHUL is a surface to air missile system which can hit the target in the air, with a range of 9 km and payload of 5.5 kg. This project was shut down by IGMDP in 2008.

AKASH (means sky) is a medium range surface to air missile which can hit a moving target in the air with a range of 30 km and a payload capability of 720 kg. The missile was successfully test fired in 1997 and was taken by Indian Air Force in 2007.

NAG missile system is India’s third generation anti-tank missile with a range of 3km to 7km. It can align itself to the target without external help. It was successfully test fired several times and is ready to be inducted in the Indian Army.

In addition to these missile systems, BRAHMOS cruise missile which is capable of delivering a large warhead to distant locations with great accuracy was also successfully test fired in 2004.

Besides, these missile systems many more advanced weaponry’s are being invented by our scientists. These not only show our defence strength but also technological brilliance.

Technologically Advanced Countries in the World