My account
Get into your account.
LoginRegister
Plans
Home Learn History Brief History of United States of America 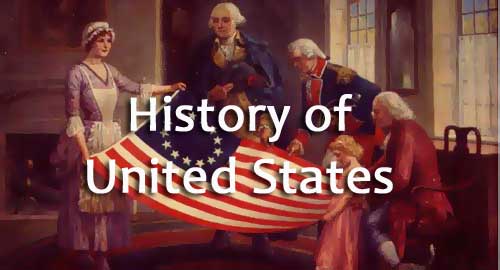 Four hundred years ago 100 followers of the Puritan faith, set sail from England in search of a new land and reached America. They landed in the area which is now called Massachusetts. These settlers prospered in America they elected and formed their own government, made laws and controlled taxes.

Over the years these settlers were colonized by Britain and ruled by the British. The American settlers, though taxed by the British, where not allowed to have any representative in the parliament.

Over a period of time the settlers demanded their rights. Resentment to levying the taxes without representation grew.

In 1773 the British reduced the tax on Tea in Britain but continued to levy the same in America. As a result of this a group of Americans dressed as Indians boarded a British ship in Boston harbor and threw the cargo of Tea into the sea. This was called the Boston Tea Party.

In 1775 after a failed negotiation between the British and the Americans, fighting broke out.

The first flag of the United State was similar to the present one except it had 13 stars in a circle representing the 13 states. These states formed the Union.

During 1861 and 1865 there was fighting within the union because of resentment in the southern states over the election of Abraham Lincoln, who abolished slavery, as the President. As a result of this Southern states formed their own Union called Confederacy.