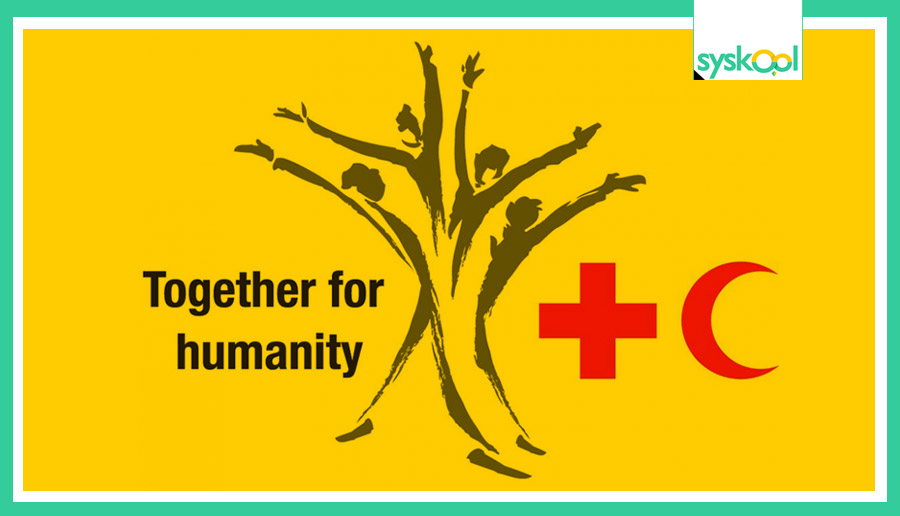 The term Red Cross refers to the International Red Cross and Red Crescent Movement that was established to save human life and health, to secure respect for all human being and to restrain and lessen human suffering. It is a Non-Governmental and Non-profit organization. It is located in Geneva, Switzerland.

History of the Movement

Until the middle of the Nineteenth century, there were no safe and protected organizations to serve and treat those, who was wounded on the battlefield. A young Swiss businessman, Jean- Henri Dunant went to Italy in June 1859 to meet Napoleon III to discuss difficulties he was facing in conducting his business in Algeria. At that time Napoleon III was the French emperor and Algeria was occupied by France.

When he returned to Geneva he wrote a book entitled A Memory of Solferino and got it published in 1862 by using his own money. In this book, apart from presenting his graphic description of his experiences of Solferino in 1859, he openly pleaded for the formation of national voluntary relief organizations in order to help in serving and treating wounded soldiers of war. He did not stop at this only, he even called for the evolution of international treaties to make sure the protection of neutral medics and field hospitals engaged in the nursing of soldiers wounded on the battlefield. He sent copies of this book to leading military and political figures throughout Europe.

In 1863, the president of the Geneva Society for Public Welfare who happened to be a lawyer too, Gusta Moynier, after receiving his book, called for a meeting of the Society to discuss the suggestions that were penned down in the book. This resulted in the birth of Red Cross Movement. International Red Cross Movement was instituted by Geneva Convention of 1864. The name and emblem of the movement have been taken from the reversal of the Swiss national flag to show honor to the country in which Red Cross was set up.

Must Read: United Nations Conference on Trade and Development (UNCTAD)

District Organisations of the Movement

The Movement includes several district organizations that are legally autonomous from each other. However, they are united within the Movement through common basic principles, status, symbols, objectives and governing organizations.

The International Committee of the Red Cross (ICRC)

Founded by Jean – Henri Dunant and Gustave Moynier in 1863 in Geneva, Switzerland, it is a humanitarian organization. Under international humanitarian law its 25 member committee has a unique power to save the life and dignity of the victims of international and internal armed conflicts. On three occasions (in 1917, 1944 and 1963) the ICRC was awarded Noble Peace Prize.

Established in 1919, at present it coordinates activities between the 188 National Red Cross and Red Crescent Societies within the Movement. The Federation guides and organizes, on an international level, relief assistance missions in case of large-scale emergencies, in close assistance of with the National Societies. The International Federation Secretariat is based in Geneva, Switzerland. The Federation in 1963, (then known as the League of Red Cross Societies) had got the award of Nobel Peace Prize jointly with the ICRC.