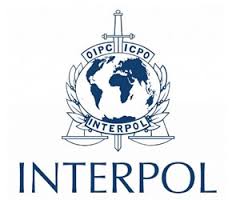 INTERPOL is the second largest international police organization after the United Nations by member states, with 190 member countries. The organization’s headquarters is in Lyon, France. Its current Secretary-General is Ronald Noble, a former United States under Secretary of the Treasury for Enforcement. Succeeding Khoo Boon Hui, its current President is Deputy Central Director of the French Judicial Police Mireille Balestrazzi. Interpol maintains seven regional bureaus.

INTERPOL facilitate international police cooperation even where diplomatic relations do not exist between particular countries. Organization prohibits ‘any intervention or activities of a political, military, religious or racial character’.

INTERPOL in fact, is an international police organization to extend co-operation for coordinated action on the part of member countries and their police forces which may furnish or request for information or services for combating – international crime.

INTERPOL’s vision is “Connecting Police for a Safer World”, yet a safer world cannot be achieved by police alone. It is a collective responsibility, requiring a global alliance from governments, businesses and civil society.

Interpol’s Command and Coordination Centers offer a 24/7 point of contact for national police forces seeking urgent information or facing a crisis. The original is in Lyon with a second in Buenos Aires added in September 2011. A third is scheduled to open in Singapore in September 2014.

The Second International Police Congress met in Vienna, Austria, and set up the International Criminal Police Commission (I.C.P.C.) was successfully founded as the direct forerunner of Interpol, and official Headquarters in Vienna. The I.C.P.C. operated satisfactorily until the outbreak of the Second World War but was essentially a European organization.