Partition of India 1947: A tale of turmoil

We all remember the year of 1947 as the year of independence from the British rule. But, Lives of many people were in chaos irrespective of the independence celebrations. The partition of India (say British India) into India and Pakistan resulted in communal riots, especially in the Punjab region. Many people were killed in the riots. The factors that led to the partition of India draw their origin from the Indian freedom struggle. 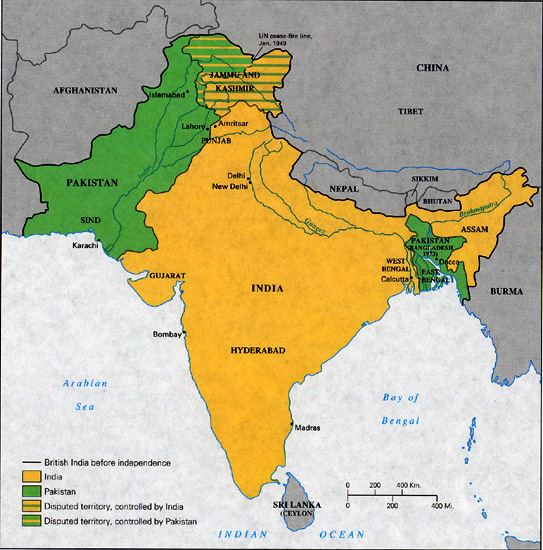 CAUSES OF PARTITION OF INDIA:

India is a land of many religions and various communities with diverse cultures. Majority of the people belong to the Hindu community and the rest of the communities are minorities. During the freedom struggle, great persons like Mahatma Gandhi strove hard to gather people of all communities and make them fight against British rule. At the same time, the British rulers adopted the Divide and rule policy. That means by taking advantage of the fear of the minorities, especially Muslims they obstructed the national movement from time to time. This was ultimately going to result in the partition of India in a way which was not only unexpected by Britishers but even people who were very vocal in demanding the partition of India.

All India Muslim League, a brainchild of British rulers which was formed in 1906 used to fight for the cause of Muslims since its formation. Mohammed Ali Jinnah, who is considered as the father of Pakistan became the president of the Muslim League in 1924 proposed the two-nation theory and in 1940 he demanded a separate state for Muslims.

Also Read: Overview of the History of India

British rulers encouraged the Muslim League and also introduced separate electorates for Muslims in 1932. From time to time they introduced new acts in the favour of minorities and by the time of independence the demand for Pakistan is very strong. Though leaders like Mahatma Gandhi were against the partition of India, it became inevitable and British India was divided into India and Pakistan.

AFTERMATH OF PARTITION OF INDIA:

At the time of Partition of India exact boundaries were not decided and people started moving towards the regions which they hope relatively safer and of their religious majority. That means Muslims in India moved to Pakistan while Hindus and Sikhs in Pakistan moved to India crossing borders. Meanwhile, communal violence broke out and people started killing those of the opposite community.

Sikhs in Pakistan are dragged out of their houses and butchered. Same is the situation of Muslims in India. Dead bodies were laid down across the borders. The ultimate low of the situation is the utmost humiliation of women. They were openly being raped and some women voluntarily took their lives by jumping into the wells.

The situation went out of control and both the governments were able to do nothing. It was estimated that nearly 2 to 3 lakh people were killed during the riots. This was the largest ever migration that took place in History. Millions of people ran for their lives leaving their homes and cattle behind which were their means of living.

Later refugee camps were set up for all the migrants in both countries and they were settled in the course of time.

Thus the partition of India saw the loss of many lives, property and will remain as the major tragedy of the Indian History.