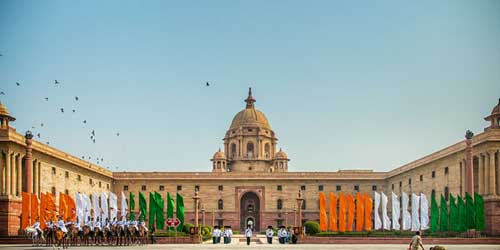 President is an integral part of parliament, along with Lok Sabha and Rajya Sabha, he constitutes the Parliament.

President has the power to summon (call) or prorogate (terminate) the session of Parliament.

President can address the joint sitting of the Parliament.

Provisions related to joint sitting in given under Article 108.

When joint sitting of parliament called?

The case of Food Security Act 2013 is an example of the abuse of this power, however in the case of Mumbai Terror attack it served the purpose greatly.

Law and administration are dynamic concepts there must be the change in law with the change in time and circumstances. Sometimes situation changes so fast that need of a new law is felt immediately to cater such situation. Through the provision of Article 123, the constitution has vested ordinance making power to President.

President can issue the ordinance anytime except when both the houses are in session and the ordinance will have same force and effect as that of the law passed by Parliament.

All those restrictions which are applied (applicable) to parliament while legislating are also applicable to President while issuing ordinance (like state-union list drama etc.).

Re-approval from parliament is needed before six weeks of reassembly of parliament, otherwise, it will cease to operate.

An ordinance can be repealed by the President at any point of time.

Maximum gap between two sessions of parliament is 6 months. So the maximum time an ordinance can be operational is 6 months 6 weeks in one promulgation.

The country has witnessed in recent past raising incidents of promulgation of the ordinance which is a cause of concern for a Parliamentary democracy like that of India. The Ordinance is a contingency legislative mechanism and should never be seen by any government or party in power as an alternative legislative process to ignore parliament for some period. Such attitude will only weaken the parliamentary democracy and can lead to lowering the authority which is to be enjoyed by the parliament related to legislation.

Must Read: Supreme Court on the Uttrakhand’s Constitutional Crisis

Under the constitutional framework of India, a bill passed by both the house of Parliament can become an Act only when assent is given by the President. This provision gives the President some kind of veto power in the legislative power.

Exclusive and explicit NO to further continuation of the process.

The Suspensive veto is that power of veto which can be overridden by the legislature by again passing a bill second time with the simple majority.

The Qualified veto is that power of veto which can be overridden by the legislature by again passing a bill second time but comparatively with the higher majority.

The power to cause the indefinite delay in giving assent.

The constitution does not prescribe the time limit within which president has to give assent to a bill which has been passed by both houses of Parliament. This gives President an opportunity to cause the indefinite delay in giving ascent in the form of Pocket veto.

India does not have the provision of qualified veto.

President of India under constitutional framework related to legislation process/powers which is a combination of absolute, suspensive, and pocket but there is no provision for the qualified veto.

President enjoys absolute veto in case of private members’ bill and in some bill which has been passed by the state legislature but reserved by the President in the name of consideration of the president. President can enjoy suspensive and pocket veto only in case of certain categories of bills.

Veto powers enjoyed by the President can be seen as one example of check and balance which is the hallmark of Indian constitution. Thus, the President should use the veto power after a due consideration in the larger interest of the people of the country. Whenever President uses veto power he is making himself stand against the majority view of the parliament. For which there is a fear associated that parliament may in reaction (to such attempt of President) initiate the process of impeachment which can cause embarrassment to the office of the President.

Further such kind of temptation to use veto power frequently by President will lead to lowering the authority of the parliament even on the issues related to legislation.

India is having the independent and integrated judiciary.

In Supreme Court, against the judgment of Supreme Court, there is a provision of Review Petition. But the review petition is accepted only after seeing merit in it at very preliminary stage of filing the petition.

Even after the rejection of review petition, there is a provision of Curative Petition. A curative petition is filed, and after acceptance of curative petition a bench of five senior-most judges including Chief Justice of India is formed to review the petition.

A convict can approach the president under Article 72 for relief. The President of India under Article 72 enjoys five different kinds of judicial powers through which he can give relief to convict.