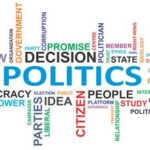 Politics in India takes place within the framework of a constitution. India is a federal  parliamentary democratic republic in which the President of India is head of state and the Prime Minister of India is the head of government. India follows the dual polity, i.e. the double government which consists of the union at the centre and states at the … END_OF_DOCUMENT_TOKEN_TO_BE_REPLACED 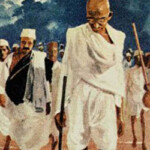 India's Freedom Struggle was not just an event but a phenomenon that came to light from time to time. In ancient times, people from all over the world were keen to come to India. The Aryans came from Central Europe. The Persians followed by the Iranians and Parsis immigrated to India. Then came the Mughals. Alexander the Great too, came to conquer India but went back after a … END_OF_DOCUMENT_TOKEN_TO_BE_REPLACED 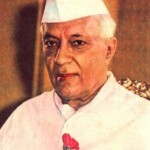 Jawaharlal Nehru was the first Prime Minister of India and a central figure in Indian politics for much of the 20th century. He emerged as the paramount leader of the Indian independence movement under the tutelage of Mahatma Gandhi and ruled India from its establishment as an independent nation in 1947 until his death in office in 1964. Nehru is considered to be the architect … END_OF_DOCUMENT_TOKEN_TO_BE_REPLACED 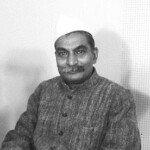 Rajendra Prasad was the first President of the Republic of India. An Indian political leader, lawyer by training, Prasad joined the Indian National Congress during the Indian independence movement and became a major leader from the region of Bihar. A supporter of Mahatma Gandhi, Prasad was imprisoned by British authorities during the Salt Satyagraha of 1931 and the Quit India … END_OF_DOCUMENT_TOKEN_TO_BE_REPLACED 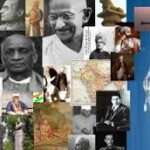 1851 - First telegraph line in India is operational between Calcutta and Diamond Harbour. 1853 - First train in India runs from Bombay to Thane. 1857 - First war of Indian independence also called the Sepoy Mutiny by the British. 1885 - Formation of Indian National Congress by A.O. Hume, Dadabhai Naoroji, Dinshaw Wacha, W.C.Bonnerjee and others. 1905 - Partition of … END_OF_DOCUMENT_TOKEN_TO_BE_REPLACED