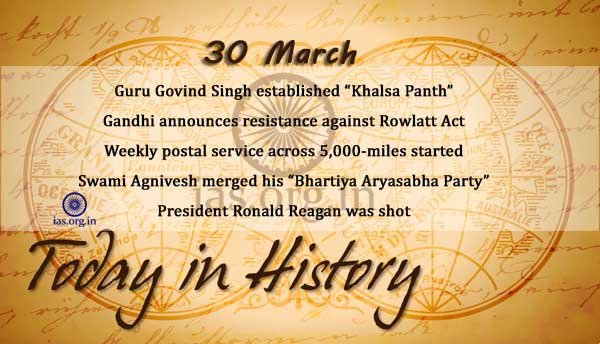 Murarbaji died at Purandar fort during a battle with Dilerkhan.

B. S. Soman, first Admiral of India, was born.

Weekly postal service across 5,000-miles by aeroplane started between England and India serving India, Egypt, Palestine and Iraq in London.

President Ronald Reagan is shot in the chest outside a Washington, D.C., hotel by a deranged drifter named John Hinckley Jr.

Air Time Committee Chief P.S. Deodhar and its members resign in protest against the implementation of the metro channel of Doordarshan.

G-15 summit in New Delhi decides to set up a trade panel.