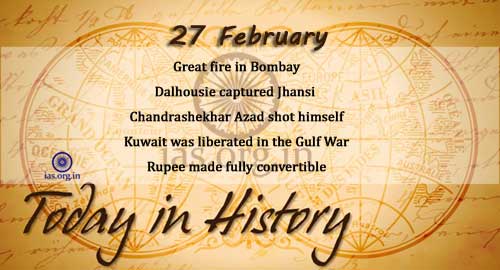 German Reichstag building in Berlin was destroyed by fire.

The 22nd Amendment to the United State’s Constitution was ratified, limiting the US President to two terms.

Kuwait was liberated in the Gulf War.

Manmohan Singh presents the vote-on-account as part of the interim budget in Lok Sabha for 1996-97 with a Rs. 5000 crore deficit.

Ali Abdullah Saleh stepped down as president of Yemen after months of protests.