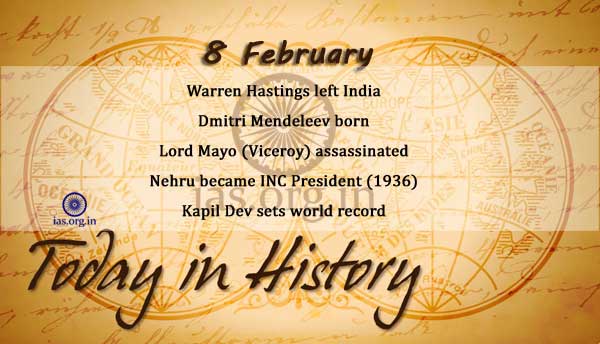 Lord Mayo, Viceroy of India, was assassinated by prisoner Sher Ali during his visit to Andaman Islands.

Subhashchandra Bose started his journey to Japan from Kiel along with his secretary Major Abid Hassan in a submarine.