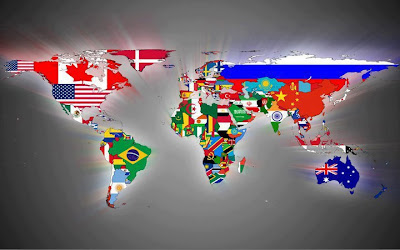 China has been topping the list of most populated countries since long. A major factor contibtuing to its vast population is its huge area. In 2011, the country boasted to have a population of more than 1,336,718,015. However, powerful economy and continued government support has made it a tough competitor to some of the most advanced counties of the world and has also kept it away from unemployment, poverty and recession.

It is interesting to note that both the neighbours (China and India) occupy top two positions in this list. India is said to surpass China in terms of population by the year 2020. The country has got a mix of various religions, ethnic groups, and cultures. Last year, the population of this country was 1,189,172,906. However unlike China, a vast majority of the country’s population lives below the poverty line.

Having won the FIFA World Cup several times Brazil is well known in the world of football. Apart from that, you will find some of the world’s most amazing beaches and valuable gold mines in this country. The population of the country in 2011 was counted as 203,429,773.

It is a neighbor of two most populated countries, i.e., China and India. In 2011, the population of this country was 187,342,721 and is increasing at a higher than average rate. Even though it is often marred by poverty and terrorism, the country boasts of having some valuable natural resources along the Baluchistan region.

Once part of Pakistan, it is now an independent country. It is a developing nation with a vast section of its people live below the poverty line. The nation which is struggling with its economy is home to more than 158,570,535 people as counted last year.

It is amongst the most populated country in Africa and until recently was marred by riots and civil wars. However, things improved in last few years. Majority of the population in this country consist of Black Muslims. As counted in 2011, the population of Nigeria was 155,215,573.

Russia is the largest country in the world and there is absolutely no reason why it should not feature in this list. Its territory includes more than 40% of the European region. This is also amongst the few countries whose population declined over the last decade. In 2011, the population of Russia stood at 138,739,89

Even though Japan is a small country in terms of size, yet its name features in this list. The country’s population rose to 126,475,664 in 2011. However, a major tsunami hit it last year wiping off a large part of its population.