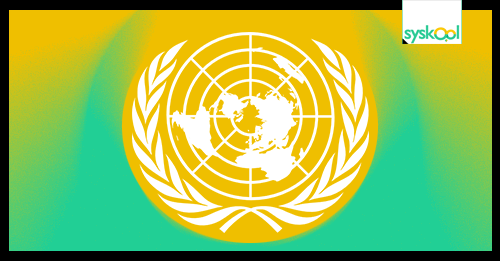 The United Nations (UN) is an intergovernmental organization established on 24 October 1945 to promote international co-operation. A replacement for the ineffective League of Nations, the organization was created following the Second World War to prevent another such conflict. At its founding, the UN had 51 member states committed to maintain international peace and security, developing friendly relations among nations and promoting social progress, better living standards and human rights; there are now 193.

The first meetings of the General Assembly, with 51 nations represented, and the Security Council took place in Methodist Central Hall Westminster in London beginning 6 January 1946. The General Assembly selected New York City as the site for United Nations Headquarters, and the facility was completed in 1952.

The UN Headquarters is situated in Manhattan, New York City and enjoys extraterritoriality. The Norwegian Foreign Minister, Trygve Lie, was elected as the first UN Secretary-General. The UN’s most prominent officer is the Secretary-General, an office held by South Korean Ban Ki-moon since 2007.

Principal organs of the United Nations.

The UN has six Principal Organs:

The UN has 4 main purposes:

The International Court of Justice (ICJ), located in The Hague, in the Netherlands, is the primary judicial organ of the UN. Established in 1945 by the UN Charter, the Court began work in 1946 as the successor to the Permanent Court of International Justice.

The ICJ is composed of 15 judges who serve 9-year terms and are appointed by the General Assembly; every sitting judge must be from a different nation. It is based in the Peace Palace in The Hague, sharing the building with the Hague Academy of International Law, a private centre for the study of international law.