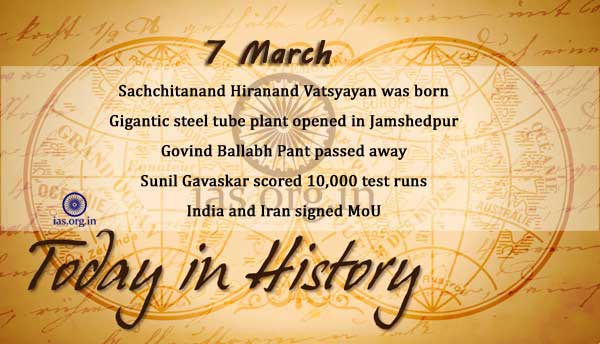 A gigantic steel tube plant opened in Jamshedpur. It was the first of its kind in India.

Govind Ballabh Pant passed away. He had served eight years as the Chief Minister of Uttar Pradesh. He was bestowed with Bharat Ratna in 1959.

Sunil Gavaskar becomes the first batsman to score 10,000 test runs in cricket a match against Pakistan at Ahmedabad.

A. B. Vajpayee was elected leader of the BJP Parliamentary Party.