My account
Get into your account.
LoginRegister
Plans
Home Learn History 15 Must Know Facts about Buddha and Buddhism 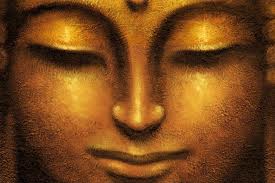 Gautam Buddha was the founder of Buddhism, he was born in 563 BC as Prince Siddhartha on the Vaisakha Poornima day at Lumbini (near Kapilvastu) in Nepal.

His father Suddhodana was a ruler of Saka dynasty, and his mother Mahamaya was of Kosala dynasty.

His mother died only after 7 days of his birth. He was brought up by his stepmother Gautami.

He got married at the age of 16 to Yashodhara. He had a son named Rahula.

At the age of 29 Gautam Buddha left the palace in search of truth, the event was known as ‘Mahabhinishkramana’.

He wandered for 6 years in the search of truth and finally attained ‘Nirvana’ or ‘Enlightenment’ at Gaya in Magadh (Bihar) under the Pipal tree.

Buddha’s favorite horse was Kanthaka and charioteer was Channa.

For the first time, Buddha meditated with Alara Kalama, his next teacher was Udraka Ramputra.

Mahatma Buddha delivered the first sermon at Sarnath, his first sermon is called “Dharmachakrapravartan” or “Turning the Wheel of Law”.

Mahatma Buddha attained Mahaparinirvana at Kushinagar in 483 BC at the age of 80 in the Malla republic.

Vinaya Pitaka is the rules of discipline in Buddhist monasteries. Sutta Pitaka is largest, and it contains a collection of Buddha’s sermons. Abhidhamma Pitaka explains the philosophical principles of the Buddhism.

Mahavansh and Deepvansh are other Buddhist texts; these provide information about then Sri Lanka.

Buddha’s teaching are called Dhamma and the Order of Buddhist monk and nuns is known as Sangha.