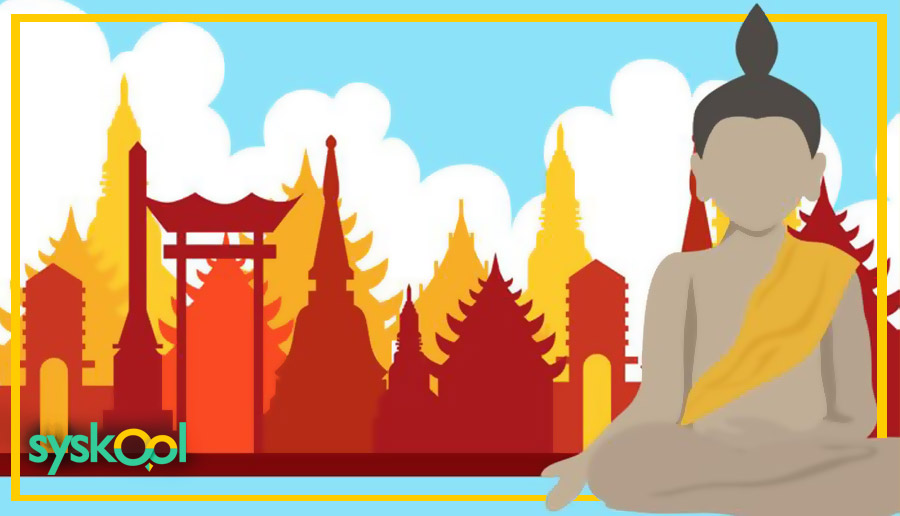 THE RELIGION OF PEACE AND ENLIGHTENMENT

Buddhism is the dominant religion in most of the Asian nations with around 535 million people following it. Such major religion of the world was originated in India around 2500 years ago. Buddhism was founded by Lord GAUTAMA BUDDHA, whose original name was Siddhartha.

The main goal of Buddhism is to attain NIRVANA (salvation), by choosing right paths of life and to escape the rebirth. The religion focuses on peace and non-violence. The path of meditation is an integral part of Buddhism.

Must Read: Dynasties of Ancient India

Siddhartha was a prince of Kapilavasthu tribe born in 563 BC at LUMBINI (present day Nepal). When he attained an age of 29, Siddhartha had renounced all the worldly desires after seeing four scenes (old man, sick man, dead body and ascetic).

Then Siddhartha left his home and went in search of salvation. He tortured himself in the jungles and on reaching a place called GAYA (Bihar), he started meditating under a peepal tree where he is said to be enlightened to preach his fellow beings. That place is later called as BODHGAYA.

After enlightenment, he delivered his first sermon at Sarnath (Uttar Pradesh) and later on Siddhartha was called as GAUTAMA BUDDHA (the enlightened). He preached the principles of life to the people and asked them to go around spreading the ideas all around the world. Later Buddha died in 483 BC at the age of 80 in KUSHINAGAR (Uttar Pradesh).

ARYA SATYAS: These are the four noble truths preached by Buddha. They are as follows:

ASHTANGAMARGA: It is the eight fold path to be followed by every person to attain salvation. The eight paths are: 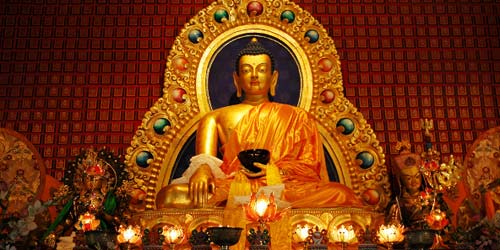 SANGHA: It refers to the Buddhist monastery where monks and nuns live.

In addition to these, there are many other terms like NIRVANA (salvation),MAHAPARINIRVANA (death), PITAKAS (Buddhist texts) and so on.

You May Also Read: The Sangam Age : Early History of South India

Over time, while spreading Buddhists were divided into two major sects namely HINAYANA and MAHAYANA.

The main features of HINAYANA Buddhism are:

Have a Look at: The Bhakti Movement of the Medieval Age

The main features of Mahayana Buddhism are:

Buddhism was highly patronised by great kings like ASHOKA who built stupas all around India with Buddhist scriptures on them. Many Buddhist schools of art and architecture were also established.

Later, Buddhism declined in India as a religion because of the rise of Bhagavatism and Brahmanism and invasion of Turkish rulers.

Buddhism is not only a religion but is a guide of principles which are to be followed to lead a better life.