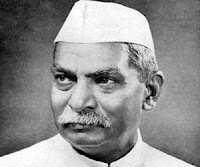 Dr. Rajendra Prasad, the first president of India; was born on 3rd December 1884. He lived 79 successful years with great zeal, strengthening the foundation of our country, in a nice way. He served the nation for a long time with his extremely strong leadership. The great leader contributed a lot to motivate the Indian citizens to attain freedom and live the life with full liberty. That’s why; he was admired by the people as the first president after freedom. He was proved as an intelligent motivator for young people and proved as a role model for them, even after being belonged to a small village Ziradei in Siwan, Bihar.
Must Read: The President’s Power to Pass Ordinance

Dr. Rajendra Prasad contributed for the progress of India up to the great extent. He served his motherland so dearly that he dedicated all his life for the holy service of the country. Being a good leader, he was selected for various posts in the Indian cabinet.

His main achievements in the series are as follows:-

Dr. Rajendra Prasad was a very simple, honest and intelligent leader. Being the disciple of Gandhiji, he followed his rules such as non-violence, honesty, truthfulness and became one of the crucial members of the freedom struggle. His father, Mahadev Sahay, and mother, Kamleshwari Devi brought him up with great love and care as he was the youngest child among his siblings. He was a scholar of Persian and Sanskrit language. His elder brother, Mahendra Prasad was admired by him a lot.
He was committed for the customs and roots of his community crucially, from his childhood only. He was taught Persian by a private Maulavi, at the age of five years. His great intelligence and analyzing power made him the expert of Hindi and arithmetic. He was married to Rajvanshi Devi, at the age of 12 years.
Have a Look at: Politics in India

Dr. Rajendra Prasad was an extremely brilliant student. He was the topper student in the entrance examination of Calcutta University and achieved the scholarship of Rs. 30 per month, in the year of 1902. He went to presidency college of Calcutta where he got the chance of learning science under the great Indian scientist Jagdish Chandra Bose. Later, he selected arts as his subject instead of science and completed the study of MA. He became the master of Law and initiated the swadeshi movement by the inspiration of his brother Mahendra Prasad. He became the member of the dawn society which was being run by Satish Chandra Mukherji and sister Nivedita at the time.
You May Also Read: Jawaharlal Nehru

Dr. Prasad came into contact with Gandhiji during his arrival on the Indian national scene. He was highly influenced with the great personality and became dedicated for the freedom struggle after meeting ‘father of the nation ’. His disciplined life and dedication for the motherland inspired Prasad in a great way that he took part in salt satyagraha and got arrested by police in 1930. When the earthquake struck Bihar in 1934, he was in jail only. As he was released from jail after 2 days of the event, he started collecting fund and economic relief for the people who were suffering from destruction by the natural calamity. He became successful in collecting about 3.8 million Rs. in which the one-third parts was contributed by the viceroy.
Just after this event, he was selected as the president of Indian national congress and led the Bombay session. From this point his political career caught speed and he became the president of the country. After serving the country for 12 years in this highly admirable stage, he was awarded Bharat Ratna, the highest civilian award of India. He died on 28th February 1963, after retirement.
You May Also Love to Read: Chief National Activities of India (1905 – 1930)

All Presidents of India and their Tenure