Decline and Fall of Mughal Empire 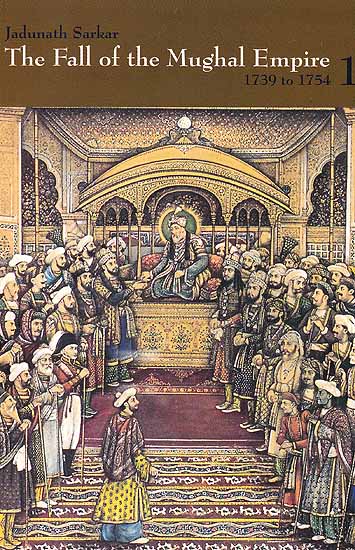 Bahadur Shah (1707-1712) : Prince Muazzam, a son of the late Emperor succeeded to the throne in June 1707 A.D. After defeating his two brothers. He assumed the title of Bahadur Shah or Shah Alam I (1707-1712). He released Sahu, the son of Shambhaji as a conciliatory measure towards Marathas.

Must Read: The Mughl Empire

Invasion of Nadir Shah (1739): In 1739 during the reign of Mohammed Shah, Nadir Shah, the king of Persia invaded India and mercilessly massacred the people of Delhi. Nadir Shah reinstated Mohammed Shah and went back to Persia.

The mughal empire of Mohammed Shah successor, Ahmad Shah (1748-54) consisted only of the lands adjoining Delhi and a few districts in U.P. Imad-ul-mulk who had become his Wazir by terrorising him, ultimately blinded the emperor in 1754 and deposed him and placed his son Mohammed Azim Uddaulah on the throne as Alamgir II. He was later murdered by his Wazir and another Mughal prince was installed on the throne. The heir-apparent, Prince Shah Alam sought refuge with the Nawab Wazir of Awadh.

Shah Alam was recognised as emperor by Abdali, the successor of Nadir Shah. He lived under the protection of the English after his defeat by them at the Battle of Buxar in 1764. In 1771 he came back to Delhi at the invitation of Marathas who placed him on the throne. In 1788 he was blinded and deposed by Ghulam Qadir but he were again restored in the throne with the help of Mahadaji Sindhia. Shah Alam IIwas succeeded by Akbar Shah II (1806-1837) and Bahadur Shah (1837-1857). the last ruler, famous as Bahadur Shah Zafar.

Previous articleDr. Rajendra Prasad: The First President of India
Next articleRise of Peshwa