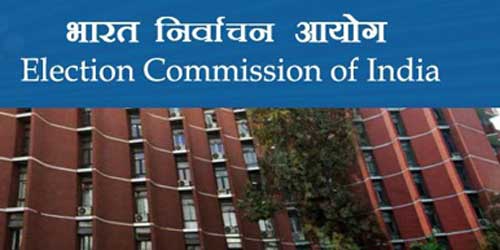 The power of superintendence, direction and control of the whole process for conducting elections to Parliament and Legislature of every state and of offices of the President and Vice President has been vested in the Election Commission of India, a permanent Constitutional body, by the Constitution of India.

Since the Modern Indian nation state came into existence on 15th August 1947, free and fair elections have been held at regular intervals as per the norms of Constitution’s Electoral Laws and System

Appointment, and tenure of Commissioners

For the execution of its business, the ECI holds regular meetings and also from time to time circulates papers. In the process of decision making, all Election Commissioners have equal say. The Commission, quite often, disputes some of its executive functions to its officers in its secretariat.

Election Commission of India – the setup

The Commission has a separate secretariat at New Delhi that consists of about 300 officials in a hierarchical setup. In the secretariat, the senior, not officers, two three Deputy Election Commissioners, and Director Generals, assist the commission. These officers are generally selected and appointed from the National Civil Services by the Commission and generally have a fixed tenure.

The work is organized in Divisions, Branches, and Sections; each of the last mentioned units is in charge of a section officer. The Chief functional divisions include Planning, Judicial, Systematic Voter’s Education and Electoral Participation (SVEEP), and Media and Secretariat Co-ordination.

In order to conduct a countrywide general election, an enormous task force consisting of nearly five million polling personnel and civil police forces are needed. This huge election machinery remains on deputation to the Election Commission and is subject to its control, superintendence and discipline during the election period that may extend over a period of one and the half to two months.

The Commission’s budget, an independent one, is finalized directly in consultation between the Commission and the Finance Ministry of the Central government. The Finance ministry generally accepts the suggestions of the Commissioner for its budgets. However, the main expenditure on actual conduct f elections is mirrored in the budgets of the concerned constituent units of the Union, States, and Union Territories. If elections are held only for the Parliament, the Union Government bears the entire budget while in the case of elections held only in a state the responsibility of bearing the incurred expenditure goes to the concerned State.

The Election commission, in the execution of its functions, is free from executive interference. It is Election Commission of India that has been fully authorized to decide about the election schedules for conducting elections, whether general elections or by-elections. The Commission is also authorized to take the decision on the location of polling stations, assignment of voters to the polling stations, the location of counting centers, arrangements in and around polling stations and counting centers and all allied matters.