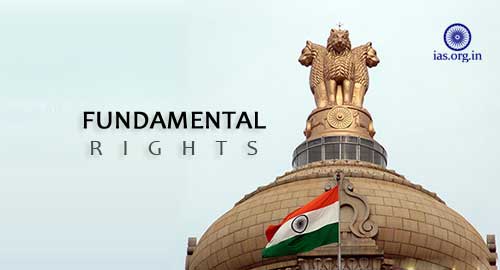 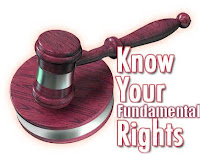 The Constitution guarantees elaborate Fundamental Rights to Indian citizens, These are contained in Part III of the Constitution. The Fundamental Rights to Indian Citizens embodied in the Indian constitution acts as a guarantee that all Indian citizens can and will lead their lives in peace as long as they live in Indian democracy. These civil liberties take precedence over any other law of the land. They include individual rights common to most liberal democracies, such as equality before the law, freedom of speech and expression, freedom of association and peaceful assembly, freedom of religion, and the right to constitutional remedies for the protection of civil rights such as habeas corpus.
In addition, the Fundamental Rights to Indian Citizens are aimed at overturning the inequities of past social practices. They have also been used to in successfully abolishing the “untouchability“; prohibit discrimination on the grounds of religion, race, caste, sex, or place of birth; and forbid trafficking in human beings and also the forced labor. They go beyond conventional civil liberties in protecting cultural and educational rights of minorities by ensuring that minorities may preserve their distinctive languages and establish and administer their own education institutions.
Originally, the right to property was also included in the Fundamental Rights; however, the Forty-fourth Amendment, passed in 1978, revised the status of property rights by stating that “No person shall be deprived of his property save by authority of law.” Freedom of speech and expression, generally interpreted to include freedom of the press, can be limited “in the interests of the sovereignty and integrity of India, the security of the State, friendly relations with foreign States, public order, decency or morality, or in relation to contempt of court, defamation or incitement to an offence”
Also, Read: Fundamental Duties Incorporated in Constitution of India

Right to freedom of Religion