Alexander was the son of Phillip — the King of Macedonia in Greece. He was born in 356 B.C. At the age of 20 he ascended the throne and soon, obsessed by his ambition, he started his conquest of the world. He proceeded towards India after conquering Iran, Afghanistan and Bactrea. 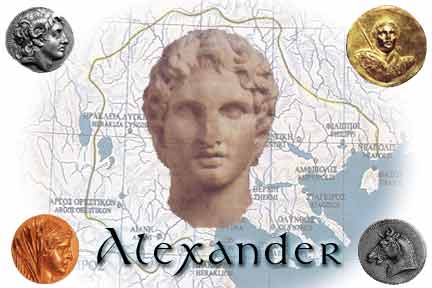 The north western India was divided into small states and the rulers had mutual differences. In 327- 26 B.C., Alexander crossed the Hindukush and entered India. On the frontier states, he established his suzerainty without fighting. In some regions, he had to wage war.

First of all, Alexander defeated the Ashwaks or Aspasioi residing in the valley Alisage-Kudar.

The State of Nysa was governed by the Aristocratic people. The King Akufis accepted the authority of Alexander after being defeated in war.

Read Also: Who were the Mauryas?

This city was situated in the east of the Gori river. Its fort was impreg­nable. After the King Asskenas died, the women of this State fought with Alexander, but ultimately he con­quered them.

He was the ruler of Taxila. He accepted the authority of Alexander instead of fighting with him.

In between the Jhelum and the Chenab, this hilly region and other —-ill states surrendered to Alexander.

Porus was the ruler of the region between Jhelum and Chenab. Alexander had to use maximum energy and intellect to defeat him. Alexander was very much impressed by the bravery of Porus and he befriended him and sought for his help.

Alexander overcame Glusasi with great difficulty. After crossing Chenab, he subdued the nephew of great Porus. He defeated Adraistai with the help of Porus. He stormed Sangala.

After the conquest of Subhuti, as he reached on the banks of Vyas river, his army refused to proceed further. When the army did not listen to his appeal, he decided to go back and while returning he conquered Siboi and the Agalassian, Mallvi and Massanoi.

Alexander started on his return journey in 325 B.C. He divided his army into two parts. One section started return journey via sea-route under Nearchus. The second part under the leadership of Alexander followed the land route. But Alexander could not reach his homeland. He died in Babylon in 32.5 B.C.

History of India in a nutshell