My account
Get into your account.
LoginRegister
Plans
Home Learn History Read to Know About World War 1 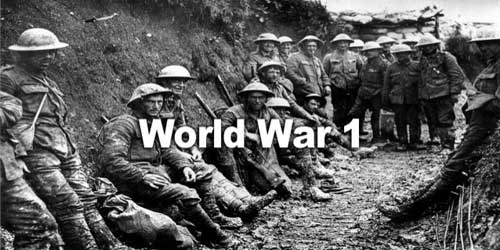 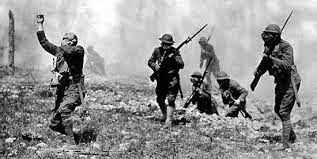 World War 1 was a major conflict fought between 1914 and 1918. Other names for World War 1 include the First World War, WWI, the War to End All Wars, and the Great War.

Who fought in World War 1?

Where was most of the fighting?

How did it start?

Although there were a number of causes for the war, the assassination of Austrian Archduke Franz Ferdinand was the main catalyst for starting the war. After the assassination, Austria declared war on Serbia. Then Russia prepared to defend its ally Serbia. Next, Germany declared war on Russia to protect Austria. This caused France to declare war on Germany to protect its ally Russia. Germany invaded Belgium to get to France which caused Britain to declare war on Germany. This all happened in just a few days.
Must Read: Timeline of World War I

A lot of the war was fought using trench warfare along the western front. The armies hardly moved at all. They just bombed and shot at each other from across the trenches. Some of the major battles during the war included the First Battle of the Marne, Battle of the Somme, Battle of Tannenberg, Battle of Gallipoli, and the Battle of Verdun.

How did it end?

The fighting ended on November 11, 1918, when a general armistice was agreed to by both sides. The war officially ended between Germany and the Allies with the signing of the Treaty of Versailles.