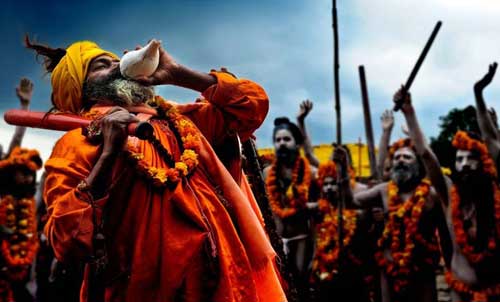 India is a land of fairs and festivals and one such fair that attracts a number of people from around the world is Kumbha mela. The cultural tradition of India has always given a religious significance to all the river systems and so does the kumbha mela. It is originated by the river sides at the four different places which are Haridwar, Allahabad, Nasik and Ujjain. The Ganga flows through Haridwar. Allahabad is at the confluence of the Ganga, the Yamuna and the mythological river Saraswati. The Godawari and the Shipra flows through Nasik and Ujjain respectively. The place to organise Kumbh mela  is chosen from the ones mentioned above on a rotational basis.

Kumbh mela finds its mention in Bhagvat Purana, Vishnu Purana, the Ramayana and the Mahabharata. The legend says that there occurred a tussle between the Devas and the Asuras over an urn, called kumbha in sanskrit, which contained the nectar churned out of sea. Nectar was supposed to provide immorality to the one who would have it and therefore called ‘amrit’ and the process of churning it out was known as ‘amrit manthan’. During the tussle Lord Vishnu flew away with the urn and a few droplets of nectar fell over the grounds of Haridwar, Allahabad (prayag), Nasik and Ujjain and this is the reason why these places have been chosen to organise Kumbha mela. People believe that due to the presence of this nectar, there sins get washed away when they visit these places and take a dip in the holy river. 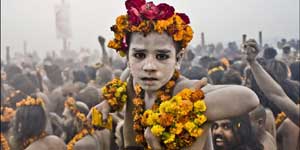 ‘Kumbha’ mela is called as the largest religious congregation of the world as millions of people from around the globe take part in it whenever it is held. Kumbha mela is ideally held every 3 years at a different place but the exact time and place of the festival depends upon astrological and religious considerations and that is why sometimes it can happen before the three year interval time period. ‘Maha kumbh’ mela is held once every 12 years. It occurs only at Allahabad and is considered the most auspicious out of the three categories of mela. The third category is of ‘Ardha kumbha’ mela and it takes place once in 6 years and it occurs at both Allahabad and Haridwar. The 2015 editon of kumbha mela is going on in the nasik district of Maharashtra. It started on 14th July 2015 and will conclude on 25rd september 2015. The day of mauni amavasya is considered to be the most auspicious day to take the holy dip and therefore it attracts a huge number of crowd.

There are various kind of sadhus who take part in the kumbh mela. Naga sadhus remain naked and smear their bodies with ash. Urdhwavahurs are the ones who have emaciated their bodies due to rigid spiritual practices. Parivajakas is the name given to the ones who have taken an oath of silence. Sadhus who remain in a standing position and meditate while standing on their heads are called Shirshasinse. Kalpvasis always remain by the river side meditating and devoting their time and life to rituals and holy bathing.