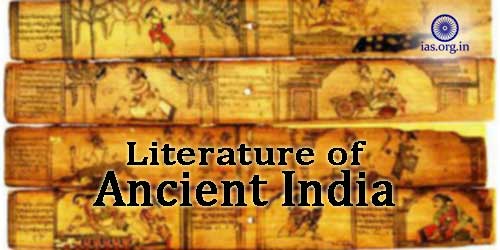 The origin of Sanskrit drama is in obscurity; there appears a wide gap between its early beginnings in the Rig Veda’s hymns and the actual plays (second to fourth century AD).

However, in the Mahabhashya of Patanjali (second century BC) the earliest reference to drama can be found. Mahabhashya speaks of representations of the Kansabadha (death of Kansa) and the Bali-bandha (capture of Bali). The earliest and the most authoritative treatise on Sanskrit dramaturgy is the Natyasatra of Bharata. Its date, however uncertain, could be anywhere between the second century BC and the third century AD.

Asvaghosa, the famous Buddhist poet and a contemporary of Kanishka (second century AD), is credited with the authorship of three Buddhist dramas of which one, Sariputra Prakarna, was undoubtedly written by him. The subject matter of Sariputra Prakarna refers to the conversion of the Maudgayana and Sariputra by the Buddha. This drama had followed all the rules that had been laid down in the Natyasastra for the composition of a Prakarna (prolog).

Bhasa, the author of the Svapnavasavadatta and many other dramas, is considered to be later than Avaghosha. The dramas, most of them are one-act plays, are based on the epics. Two of the dramas derive their theme from the Ramayana and some including the famous Pratijna- Yaugandharayana and Svapnavasavadatta and the non-existent Charudatta – are based on the current literature. The first two are complementary. The latter picks up the story of king Udayana of Ujjayani. It is, as written in Bhasa’s style, simple and direct though the construction of plot is rough because it incorporates magic that gives it an air of unreality.

Another interesting drama Mrichchakatika (clay-cart) was probably, its date is uncertain, written by Sudraka. The drama deals with the love of a rich courtesan Vasantasena and a Brahman merchant Charudatta; the drama concludes with their coming together. The quick dramatic appeal and the variety of incidents make the play fairly interesting.

Between AD 400 and 800 nearly a dozen Sanskrit dramas were written by great dramatists like Kalidasa, Bhavabhuti, and others. Some of these dramatists most probably dedicated their works to their patrons like Sudraka and Harsha.

Famous as an epic and lyric poet Kalidasa was the most eminent dramatist as well. Of his three famous dramas, Sakuntala, Vikramorvasi, and Malavikagnimitra, the first two narrate the amorous adventures of two famous legendary kings while the third is related with a historic personality of the Sunga period (second century BC).

Being a Palace drama of love and intrigue Shakuntala tells the story of the romance of the king Dushyanta and the daughter of a celestial nymph (apsara). The second play Vikramorvasi (Urvasi won by valor) deals with the Rig Vedic story of the Pururvas and the nymph Urvasi, in which Pururvas rescue Urvasi from demons and leave her due to Indra’s summons but finally reunites with her by the grace of all gods. The third drama Malavikagnimitra revolves round the court room scene of king Agnimitra of Vidisa.

Harsha of Kanauj and Thaneshwar (seventh century) is the author of two plays: Ratnavali (Pearl Necklace) reflects the court life of the age: and the Naganada – a sensational story in a Buddhist setting.

Bhavabhuti, the eminent dramatist of the eighth century, was a Brahman native of Ujjain who enjoyed the patronage of yaso-verman of Kannauj. He wrote three dramas which are unique in character, as they differ from the earlier dramas in many ways. His dramas as, Vidusakas (jesters) are absent, entirely lack the comic element. The most popular of his plays is Malti-Madhava, that tells the love story of Madhava, a young student and Malti, daughter of a minister at the Ujjain court. The other two dramas are Mahaviracharita (the adventures of a great hero) and Uttara-rama-charita (Later Adventures of Rama). Mahaviraracharita is based on the Ramayana with slight differences, and Uttara-rama-charita is more of a dramatic poem than a play.

Must Read:  The Bhakti Movement of the Medieval Age

Visakhadatta, another famous dramatist, has authored two dramas: the Mudrarakshiasa (the signet ring of Rakshas) and Devi-Chandraguptani. Mudrarakshasa is a play of political conspiracy, full of action and sustained interests. The plot of the drama revolves round the personality of Chanakya, the Brahman diplomat, and his attempt to win over the former minister Rakshasa, of the Nandas. Two other plays of Visakhadatta are Devichandragupta and Abhisurikavanchitaka.

A few important dramas which survived between AD 800-1100 include the Venisamhara (Binding of the Hair in a Braid) by Bhatta Narayan. The plot of this drama is based on an ancient from the Mahabharata. The main theme of the drama is formed around the dragging of Draupadi by Dshusasana by her hair and her vow never to braid her hair until again until the insult is avenged.

In the ninth century, Rajasekhar, probably the last of the great Hindu dramatists, was noted for his grace and fluency of diction; he wrote several dramas. The Karapuramanjari (‘the camphor cluster’), most probably rajsekhar’s first play written entirely in Prakrit, was composed and staged at the instance of his wife Avanti Sundari.

The three other important dramas of the period are the Viddhasalabhanjika (‘Pierced Statue’), the Balaramyana (‘Little Ramayana’), and the Balabharata (‘Little Bharata’). These dramas are based on earlier works and have obvious traces of Kalidasa, Bhavabhuti and harsha.

The Viddhasalabhanjika resembles, on several points, with the Ratnavali of Harsha. The Balaramayana, most probably the longest Indian drama, elaborates the story of Rama from his befrothal to Sita down to their return to Ayodhya. The Balabharata describes the events narrated in Mahabharata from the wedding of Draupadi down to the exit of the Pandavas for the forest. A drama, named Chandakausika (Angry Kausika) was authored by the poet Vishnusvara, probably in the 10th century Ad under king Mahipala of Kannauj.

Among the few other dramas of the eleventh and twelfth centuries include the Hanumana – Sataka (‘play of Hanumana’). Hanumana Sataka, composed by Damodara Mishra who lived at the court of Bhoja – king of Malwa in the early part of the eleventh century, is a disconnected piece that deals with the adventures of Rama and his companion Hanumanat. Another well known drama of this time is Prabodha – Chandrodaya (‘Rise of the Moon of Knowledge’). It is an allegorical play of theological – philosophical purport written by Krishna Mishra. The drama’s object is to glorify the Vedanta philosophy and to inculcate the worship of Vishnu.