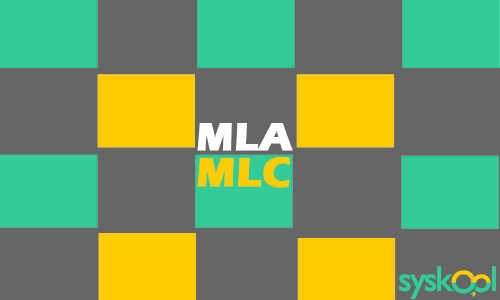 Each Member of Legislative Assembly(MLA) represents his constituency in the state legislature. Any person above age 25, who can vote and become a member of parliament can also become an MLA.

Among Union territories, Delhi and Puducherry have got their Assemblies.

There are Seven States in India having a bicameral legislature. Upper house in these states is known as Vidhan Parishad or Legislative Council. Name of these states are as follows:

Members of Legislative Councils are elected for a six-year period and one-third members of the total strength of council retire in every second year. Any able Indian citizen with 30 years of age can become MLC. 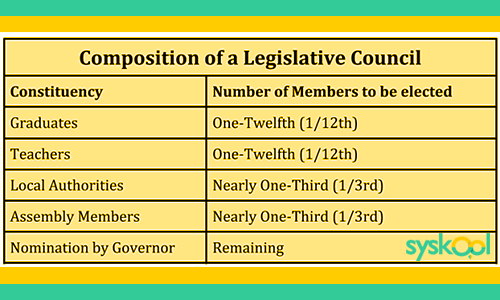