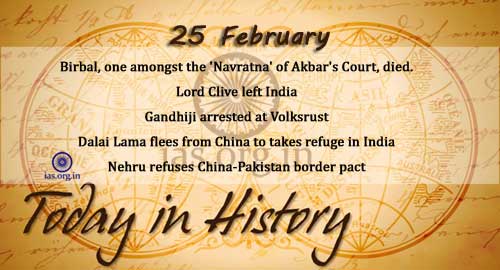 Portuguese Catholics conquer Goa under Albuquerque, the then Governor, to serve as capital of their Asian maritime empire beginning conquest and exploitation of India by Europeans.

King Birbal, renowned wit and one amongst the ‘Navratna’ of Emperor Akbar’s Court, died in a war with Usuf Jard Kabile.

Judge Mohammad Hidayatullah became the Chief Justice of India. He held this office till 16/12/1970.

India announces plan to penalize parents who have more than two children.