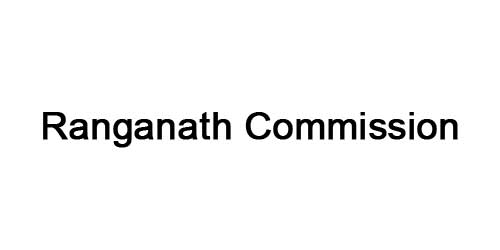 Recently during assembly election in Uttar Pradesh, few political parties were talking about recommendations of Ranganath Commission during campaigns. Let’s have a brief overview of the recommendations of Ranganath Commission. Long ago I had received following note in my mailbox from a friend.
Government-appointed National Commission for Religious and Linguistic Minorities commission under the Rangnath Mishra has recommended 10 per cent reservation for Muslims and 5 per cent for other minorities in government jobs and favored Scheduled Caste status for Dalits in all religions. Of India’s 1.2 billion population, Muslims are the largest minority at 14 percent followed by Christians at 2.3 percent, Sikhs at 1.9 percent, Buddhists at 0.8 percent, Jains at 0.4 percent and others including Parsis at 0.6 percent.

1. To delink SC status from religion and abrogation of the 1950 Scheduled Caste Order, which “still excludes Muslims, Christians, Jains and Parsis from the SC net. The order originally restricted the SC status to Hindus only but it was later opened to Buddhists and Sikhs.

2. 10 per cent should be reserved for Muslims and 5 per cent for other minorities in central and state government jobs in all cadre and grades.

3. It added that in the case of nonavailability of Muslims to fill the 10 per cent earmarked seats, these may be made available to other minorities but in “no case” shall any seat within the recommended 15 per cent be given to anybody from the majority community.

4. The minorities especially the Muslims are very much under-represented and sometimes wholly unrepresented in government jobs.

To address under-representation of minorities — particularly Muslims — in government employment, the Commission has recommended that 15 percent of posts in all cadres and grades under the Central and State governments should be earmarked for minorities. Again, 10 per cent of this should go to Muslims and in the case of nonavailability of candidates from this community, the remaining vacancies may be given to other minority groups.

In defining religious minorities, the Commission went beyond the scope of the definition used by the National Commission for Minorities.
According to the report, it should include all religious minorities — large or small — including the Hindus in the Union Territory of Lakshadweep and the States of Jammu & Kashmir, Meghalaya, Mizoram,
Nagaland and Punjab.

The Election Commission of India

Important Amendments of the Indian Constitution