As we entered the twenty-first century, there are over one billion Muslims living in all parts of the world. They are citizens of different nations, speak different languages, and dress differently. The process by which they became Muslims were varied, and so were the circumstances in which they went their separate ways. Yet, the Islamic history community has its roots in a more unified past which unfolded roughly 1400 years ago in an Arabian peninsula. 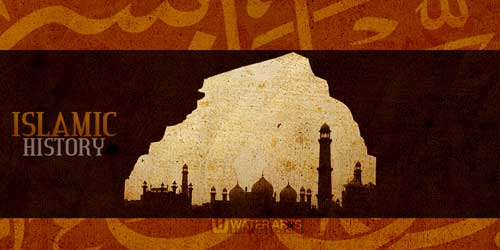 Its expansion was from Egypt to Afghanistan, also it was the core area of Islamic civilization from 600 to 1200. In these centuries of Islamic history, society exhibited multiple political and cultural patterns. The term Islamic is used here not only in its pure religious sense but also in the overall society and culture historically associated with Islam. In this society, not everything that was happening originated directly from religion, but it took place in a society where Muslims and their faith were recognized as socially dominant. Non-Muslims always formed an integral, it subordinate, part of this society as did Jews in Christendom.

Our understanding of the central Islamic history lands between 600 to 1200 is based on chronicles or tawarikh (which narrate events in order of time) and semi-historical works such as biographies (sira), records of the saying and doing of the Prophet (hadith) and commentaries on the Quran (tafsir). The material from which these works were produced was a large collection of eyewitness reports (Akhbar) transmitted over a period of time either orally or on paper. The authenticity of each report (Khabar) was tested by a critical method which traced the chain of transmission (isnad) and established the reliability of the narrator. Although the method was not foolproof, medieval Muslim writers were more careful in selecting their informants than were their contemporaries in other parts of the world.

On controversial issues, they reproduced different versions of the same event, as they found in their sources, leaving the task of judgment to their readers. Their description of events closer to their own times is more systematic and analytic and less of a collection of Akhbar. Most of the chronicles and semi-historical works are in Arabic, the best being the Tarikh of Tabari (d. 923) which has been translated into English in 38 volumes.

Persian chronicles are few but they are quite detailed in their treatment of Iran and Central Asia. Christian chronicles, written in Syriac (a dialect of Aramaic; Aramaic is a language related to Hebrew and Arabic. It has been used in Ashokan inscriptions), are fewer but they throw interesting light on the history of early Islam.  Besides chronicles, we have legal texts, geographies travelogues and literary works, such as stories and poems.

Documentary evidence (fragmentary piece of writing such as official orders or private correspondence) is the most valuable for writing histories because it does not consciously refer to events and persons. It comes almost entirely from Greek and Arabic papyri (good for administrative history) and the Geniza records. Some evidence has emerged from archaeological (excavations were done at desert palaces), numismatic ( the study of coins) and epigraphic (the study of inscriptions) sources which are of great value for economic history, art history, and for establishing names and dates.

Proper histories of Islam began to be written in the nineteenth century by university professors in Germany and the Netherlands. Colonial interests in the Middle East and North Africa encouraged French and British researchers to study Islam as well. Christian priests too paid close attention to the history of Islam and produced some good works, although their interest was mainly to compare Islam with Christianity. These scholars, called Orientalists, are known for their knowledge of Arabic and Persian and critical analysis of original texts.

Ignaz Goldziher was a Hungarian Jew who studied at the Islamic college (al-Azhar) in Cairo and produced path-breaking studies in German of Islamic laws and theology. Twentieth-century historian of Islam has largely followed the interests and methods of Orientalists. They have widened the scope of Islamic history by introducing new topics, and y using allied disciplines, such as economics, anthropology, and statistics, have refined many aspects f Orientalist studies. The historiography of Islam is a good example of how religion can be studied with modern historical methods by those who may not share the customs and beliefs of the people they are studying.