My account
Get into your account.
LoginRegister
Plans
Home Learn History Things to know about Nathuram Godse 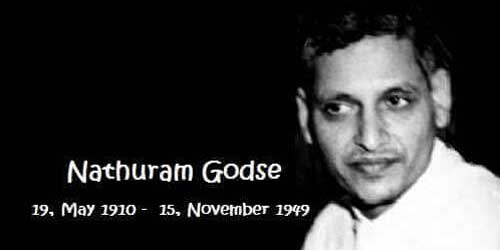 Nathuram Godse is one of the most mysterious characters in the Indian history about whom nothing much is available in documents. He was sentenced to death after executing the Father of the Nation, Mahatma Gandhi. However, there is a lot of misinformation propagated about him by the successive governments.

Plight of Hindu and Sikh refugees:

Nathuram Godse, though branded a Hindu fanatic by successive governments of the country was a person with a kind heart which felt the pain of others. It was only after witnessing the plight of the Hindu and Sikh refugees that received lots of brutalities at the hands of Muslims in Pakistan, Godse became determined to execute Mahatma Gandhi who, according to him, was the prime reason for inviting such fate to the people of his country.

Nathuram Godse was a devout nationalist who could not bear the development of Gandhi appeasing the Muslim population of the country especially Jinnah and being overly generous to Pakistan. Similar to many other youths in the country, Godse found Jinnah’s politics as mere blackmail and could not stand the fact that his motherland was divided into two parts in front of his eyes.

He was among the very few who believed in the ideology of Vir Savarkar in a real way and moulded his thinking accordingly. Though he followed writings of Gandhi too, he was more influenced by Savarkar’s works and it was quite late (during BJP rule) that Savarkar model found application in the working of the country that would strengthen the social and economic set-up of the country. So he could also be termed as a visionary of his time. Though, his ideology was pro-Hindu but structurally faultless.

A writer and editor:

Nathuram Godse was hailed as a very learned man of his time and he even ran a newspaper named “Agrani” along with his partner in crime Apte. He was the editor of the newspaper and wrote articles for it. This shows the level of his intellect and devotion towards the people of the nation.

Man with a cause:

Although, killing of Mahatma Gandhi cannot be justified in any way, Godse’s side of the story has always been suppressed by successive governments of the country. Not only were his books banned, he was also charged with sedition. He was always a man with a cause and after executing Gandhi he stood his ground and even called the police to arrest him. Alas, the story behind the scene could never come out in the open.

Those who label Godse to be Hindu fanatic are wrong in their facts and should recheck the source of misinformation. Nathuram Godse was a much learned man who worked with Hindu families during the time of partition without harming any Muslim. The majority of the Hindus and Muslims on both sides were busy spreading violence during the time of partition, but Godse not only helped the people of every religion, he saved their lives from the violent mob. The misinformation of him being a Hindu fanatic has been propagated wrongly by the government of the time.

A Brahmin by birth, Nathuram Godse was brought up in a traditional Hindu culture. However, he grew up into a person with an independent ideology that differentiated him from others. He was very intelligent and didn’t value superstitions and social evils like untouchability. He even joined anti-caste movements and fought against such social evils of society with complete zeal.

Nathuram Godse Worshipped Gandhi from core of his heart:

It is said that Nathuram Godse was one of the strongest supporters of Gandhi during his youth days and even worshipped him for his ideologies related to life and nation. He bred no personal hatred against Gandhi and even bowed before the Mahatma during the morning prayers, just before he fired shots at him.

From Gandhi’s supporter to killer:

Though the majority of the Indians know that Nathuram Godse was a Gandhi follower, very few know the reason behind his decision to shoot the Father of the Nation. As per some documents written by Godse, the primary reason behind his assassination of Gandhi was the latter’s adherence to the  unjustified demand by Jinnah for issuing Rs. 55 crore for Pakistan. It is believed that at that time most youth in the country supported this decision.

Gopal Krishna Gokhale: An Estimate of a Genius

Ambedkar : The Crusader Against Caste System