My account
Get into your account.
LoginRegister
Plans
Home Learn History The Mongol Empire – Story in a nutshell 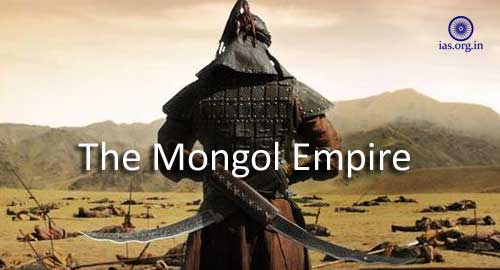 In the early part of the 12th century, there were many small nomadic tribes scattered all over Central Asia. In the later part of this century, one of the most powerful chiefs of the tribes called Genghis Khan brought all other tribes under his control and lead the foundation of Mongol empire.

The Mongolians were tough fighters and in a battle, they mostly rode on horseback and control their horses with their feet thus allowing them to use their hands for shooting an arrow or fighting with swords their bows were powerful and made of horn and wood while the arrows had tips with were capable of piercing armor.

In the hands of expert Mongolian archers, there was a deadly combination. The Mongolians were trained of fighting on plane land but they were incapable of attacking fortified towns. They soon learned the skill doing so from the Chinese soldier they captured in the battles.

The Mongols used a lot of new things in the battle for the first time they made a bomb with the help of gunpowder and used smoke screens during battles. The Military operations of the Mongol empire were minutely planned and executed with speed. They relied on sheer surprise and terror and wherever they went they looted and burnt anything that came in their path.

In 1213, they broke through the great wall of China and captured Peking. When Genghis Khan 1227, Mongol empire extended from the black sea to modern day Korea and in the South up to the Middle-East and the Himalayas.

The Mongolians were basically nomads who wandered on their land with their cattle, ship, goats. They lived in round tents called ‘Yurts’ which are still used the Mongols.