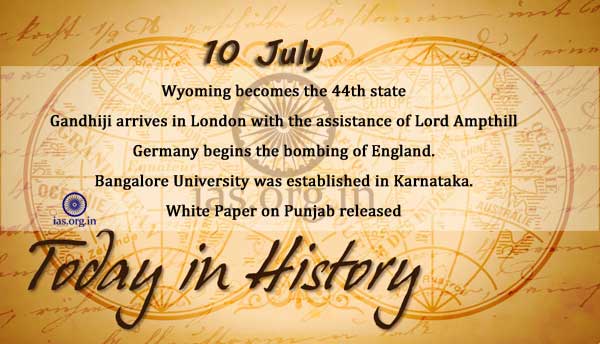 The Catholic states in Germany set up a league under the leadership of Maximilian of Bavaria.

Gandhiji arrives in London with the assistance of Lord Ampthill and works ceaselessly to educate influential British leaders and the public, and also to move Imperial authorities.

Germany begins the bombing of England.

Bangalore University was established in Karnataka.

Kochin University was established in Kerala.