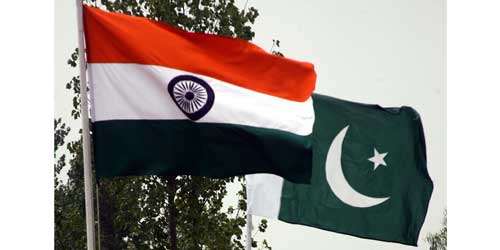 The two countries have fought three major wars and there is no guarantee that a fourth one won’t happen. The Indo-Pak relationship has been strained and rebuilt over the years since independence; often the relations have hit rock-bottom. Here is a list of top 10 war-provoking moments in the history of Indo-Pak relationship.

On January 8, 2013, Pakistani army men entered Indian Territory, killed two Indian soldiers, beheaded one and carried his head away. The incident that happened at the Line of Control angered the people of India. The incumbent government was further grilled by the media and the opposition parties. Heavy exchange of fire was witnessed on the border posts after this incident and a war like situation erupted.

After the 26/11 Mumbai attacks, the situation between the two neighbors touched a nadir unlike ever before. The Indo-Pak Relationship worsened to such a degree that India deployed tanks and advanced artillery on the border. It was all set for an attack on Pakistan. Only after the mediation of international agencies did the whole situation got diffused to some extent.

The Pakistan Army lodged the protest with their Indian counterparts that one of their junior officers was killed and his body badly mutilated by Indian troops on the Indo-Pak border. India rejected the complaint; however, the Pakistan Army warned India that the incident was enough to snowball into a war-like situation in the days to come. Nonetheless, the situation subsided over the days.

The bomb blasts in the Samjhauta Express – a train that ran from New Delhi to Lahore – in 2007 heightened tensions between the two countries. Most of the dead were Pakistani citizens. The investigations pointed fingers at some Indian nationalist organizations behind the attacks; however, none has been convicted. Although the two countries agreed that the act was aimed at sabotaging the peace process, there is no denying that bad blood between two arch rivals continues over the incident.

On December 13, 2001, terrorists of Pakistani origin attacked the Indian Parliament in the capital, killing several security personnel. Investigations revealed that terrorists were trained by Lashkar-e-Toiba in Pakistan for carrying out the operation. This caused huge uproar against Pakistan leading to massive mobilization of troops on the Indian side of the border.

On December 24, 1999, Indian Airlines flight number 814 was hijacked by terrorists from Kathmandu airport in Nepal and forced to land in Kandahar, Afghanistan. The plane carried 176 passengers. The terrorists, allegedly from Pakistan, demanded safe release of three militants languishing in Indian jails. The whole incident lasted for seven days and created huge tensions between Indo-Pak Relationship.

On August 10, 1999, the Indian Air Force shot down a Pakistani patrol plane with 16 passengers on board after it entered Indian Territory. The incident took place near the Rann of Kutch, and right after the Kargil war. The situation was very tense in Pakistan after its loss in the war during the time. The incident flared up the already tense atmosphere in the area.

The incident was recorded on August 31 and September 1, 2011, across the Line of Control near Kupwara district in Jammu & Kashmir. The cross-firing led to deaths of one Indian soldier and three Pakistanis. Pakistan raised the matter in the International Court of Justice against the Indian involvement in the incident but to no effect.

In the year 1984, India launched a full-fledged operation – Operation Meghdoot – to capture back its territories from the illegal Pakistani hold on the Siachen Glacier. The operation got extended almost indefinitely and clashes erupted in 1985, 1987 and 1995 making the situation worse. It paved way to a war like situation that was somehow averted. However, the ongoing dispute over Siachen has lent the place the dubious distinction of being the world’s highest battleground.

It was one of the largest operations ever conducted by India in the South-Asian region. It was conducted from November 1986 to March 1987. Pakistan took it for aggression from the Indian side and mobilized its army on the border. The situation was all set for yet another war between the Indo-Pak Relationship but the tensions somehow got resolved.