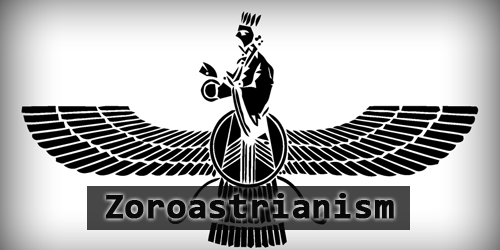 Founded by the Prophet Zoroaster approximately 3500 years ago, Zoroastrianism is one of the oldest monotheistic religions in the World.

Zoroastrianism, which was the official religion of Persian (Iran) from 600 BCE and for almost one thousand years, enjoyed the status of being one of the most powerful religious in the World, is now one of the world’s smallest religions of the world. According to an estimation of the New York Times, in 2006, there were probably less than 190,000 followers of Zoroastrianism worldwide at that time.

There is no precise data available on the foundation of Zoroastrianism. However, by using the archaeological evidence and linguistic comparison (use of languages) with the Rig Veda (the Hindu Text), it has been concluded that the roots of Zoroastrianism have emerged from a common prehistoric Indo-Iranian religious system dating back to the early 2nd millennium BCE.

Zoroaster was born in a Bronze age culture in which prevailed polytheistic religion (Worship of many gods) in which practiced animal sacrifice and the ritual use of intoxicants. This religion corresponds to the earliest form of Hinduism of the Indus Valley.

In a family belonging to Spitama clan, Zoroaster was born in Northeast Iran or Southwest Afghanistan. He worked as a priest although he was  family men with a wife, three sons and three daughters.

It is said that when Zoroaster was thirty years old he, during a rite of ritual purification, experienced a divine vision of God and his Amesha Spentas, that thoroughly changed his view of the World. The phrase Amestha Spentas means (translates) as Holy Immortals.

They are ‘Holy Immortals’. Just as rays coming out of Sun are not the Sun, likewise Amesha Spentas are issued by God but are not God. They are seen as the divine characteristics of God. They assisted God in creating the World and each is linked to a  particular aspect of creation. According to the Zoroastrian belief, man can know God through his Divine Attributes (Characteristics).

There are six types of Amesha Spentas:

The story of Zoroaster meeting with God goes like this: In the process of taking bath in a river fulfilling a ritual of the rite of pagan purification, Zoroaster had a divine vision in which he saw on the bank of the river a ‘Shining Being’ made of light who revealed itself as Vohu Manah (God mind). And it was Vahu Manah who led Zoroaster to Ahura Mazda (God) and this radiant being called Amesha Spentas.

God and Evil in Zoroastrianism

According to the belief of Zoroastrianists,  Ahura Mazda (God) has an adversary known as Angra Mainyu (destructive Spirit), who is the originator of death and all that is evil in the World.

In Zoroastrians’ belief Ahura Mazda, who is absolute, perfect, lives in Heaven; whereas, Angra Mainyu, the incarnation of evil, dwells in the darkest depth of Hell. After death whether a person will go to Heaven or Hell depends on his/her deeds during his/her lifetime. Interestingly enough this is also one of the most important trains of Hinduism as it reflects in the famous saying: “Jaisa Karam Karoge waisa Phal dega Bhagwan…”

It has been generally accepted that in the Abrahamic religious, the concepts of Heaven and Hell, as well as Devil, were massively influenced by the Faith of Zoroastrians.

After going through the experience of having a Devine Vision, Zoroaster rejected the religion of the Bronze age Iranians with their various Gods and oppressive class structure in which the princes (Karvis) and priests (Karapans) controlled the lives of ordinary people. He also resisted animal sacrifice and the use of the hallucinogenic Homa plant (probably a species of ephedra) in rituals.

Zoroaster believed in one God, the Creator. He taught that only one God was worthy of Worship. Adding, he taught that some of the duties of the old religion, namely Daevas (Devas in Sanskrit), appeared happy in war and crisis. According to Zoroaster these were evil spirits and were representatives of Angra Mainiyu, God’s adversary.

Presently, the Parsi community in India are the followers of Zoroastrianism and their population is negligible in terms of other communities living in India.