My account
Get into your account.
LoginRegister
Plans
Home Learn History Ambedkar : The Crusader Against Caste System 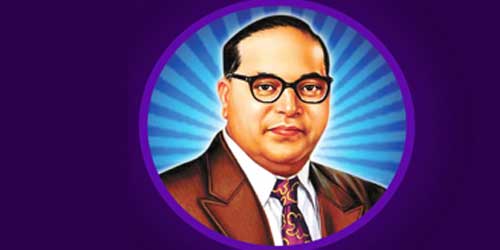 As democratic India celebrates ‘Babasaheb’ Ambedkar’s 125th birth anniversary, he stands taller than he ever did before. His role in the struggle for a modern, democratic and socially just India greatly increased at the cost of various other outstanding national personalities, who were contemporary and opponents during the Freedom Movement era. Ambedkar’s legacy is going through a revival as political parties, across India’s ideological canvass, are fighting to use it.

And now when inequality, as a rising concern, is creating turmoil in Western countries, Ambedkar’s appeal has stretched to Western shores as well: ‘the UN is going to celebrate Bhim Rao Babasaheb Ambedkar’s 125th birth anniversary today’. The event is set to showcase the universal appeal of the chief architect of India’s Constitution, who struggled against caste injustice.

The present phenomenon of re-imagination of Ambedkar mirrors as much on his enormous contributions in defining the Indian Republic as it does on the contemporary relevance of the themes; he has become a symbol of equality, social justice and rule of law. However, it has become crystal clear that those who claim to shoulder his legacy have failed.

Must Read: Democracy and Social Transformation: Insights from Ambedkar

Ambedkar and the Caste System

Ambedkar, born Bhimrao on April 14, 1891, at Mhow in Madhya Pradesh in an austere and religious Mahar family, was a crusader against untouchability and Caste system that eventually compelled him to embrace Buddhism in 1956.

By the time he finished his formal studies in early 1920s Ambedkar had attained qualifications that transcended the M.A., Ph.D, M.Sc. (Econ.), D.Sc. (Econ) and Barrister-at-law. By the time he got to the age of 30, he had been through a real-life education that most people do not acquire in a lifetime.

Ambedkar’s four decades of public life began with the brilliant paper he had done on “The caste in India, their Mechanism Genesis and Development” for Alexander Goldenwaiser’s anthropology seminar in New York on May 1916.

Ambedkar believed that caste hierarchies were an intrinsic part of Hinduism. He disagreed with Mahatma Gandhi’s vision of self-governing village as India’s foundation. Instead he viewed them as dense of inequality in the name of caste.

In the current national situation his uncompromising analysis of the caste system, of chaturvarnya and sanatana dharma, of notions of pollution, of rigid or unalterable social hierarchy and of the hegemony of the Shastras must be made a part of national debate.

In “Annihilation of Caste’ Ambedkar imagined the destruction of a religion that continued the fixity of offensive relations in society. In this work he laid stress on the anti-social, anti-progress character of an unjust social order as well as its vital connection with political power that was created through network of force and ideology.

The cast system, in Ambedkar’s opinion and analysis, militated against fraternity. When challenged by the critics to come up with his model of “ideal society” in lieu of a caste- based order, he replied “My ideal would be a society based on liberty, equality and fraternity”. He specified that in his ideal society there would be fraternity, which was only another name for democracy, and democracy was primarily a method of associated living, of linking communicated experience and promoting an attitude of respect and reverence towards fellow human beings.

Ambedkar as a rebel

Ambedkar, as an oppressed intellectual and social rebel had warned, “Chaturvanaya must fail for the very reason for which Plato’s Republic must fail.” He stressed that “the lower classes of Hindus” were “completely disabled for direct action on account of a wretched system”. He emphatically said, “There cannot be a more degrading system of social organization ……… It is the system which deadens, paralyses and cripples people from helpful activity”.

Ambedkar tried to follow through the implication of this system in the political domain. In Ambedakar’s opinion, the real remedy was “to destroy the belief in the sanctity of the Shastras and their caste-borne tyranny.

In this context, it was no wonder that Gandhiji, who was a notable compromiser in such matters, declared more than half a century ago. “Dr. Ambedkar is a challenge to Hinduism”.

Ambedkar, one of the leading authors of the Constitution, led the effort to institute a reasonably forward-looking Hindu Code Bill but it was sabotaged by orthodox elements. This battle was the instructive fight over the Hindu Code Bill in the late 1940s, and the early 1950s in which social orthodoxy and opportunist politics joined hands to defeat social progress. The defeal of this forward-looking legislative measure meant the betrayal of Ambedkar’s vision on such critical issues.

On March 18, 1956 at Ramlila Ground, Agra, Ambedkar said with a heavy heart, “The educated people have betrayed me. I was thinking that after education they would serve their society. But I find that a crowd of clerks has gathered around me, who are engaged in filling their belly”.

Ambedkar was a transparent, honest, challenging, and eclectic liberal thinker. He found inspiration from the ideals of the French Revolution and also from the society forward-looking and humanistic elements and values in the Indian culture and civilization over the millennia. He was above all a modern thinker, a practitioner of pragmatic polities. He could not be silenced by any particular ideology or religion. Leaders who are toppling over one another to invoke him/appropriate him would do well to learn from that legacy.