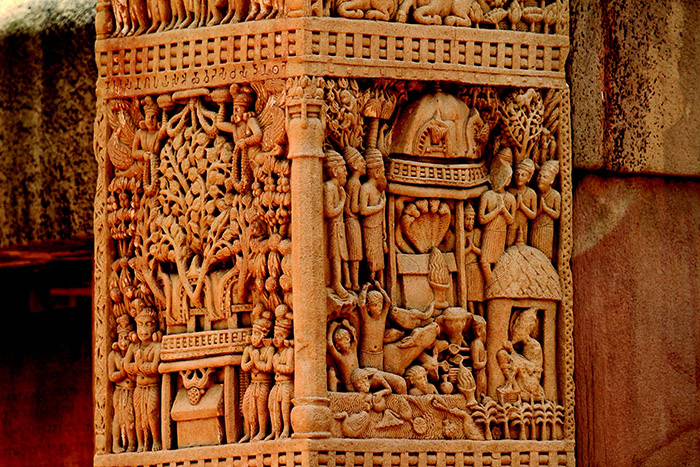 The Brahman literature, Vishnu Puran, Mudra Rakshas, Katha Sarit Sagar, Brihatkatha Manjari indicate that Maurya were Shudra by caste. According to Buddhist traditions, Mauryans were Kshatriyas. Jain traditions refer to the humble origin of Chandra Gupta Maurya. Chanakya destroyed the Shudra Nandas and he could not have thought of enthroning another Shudra. Moriya Kshatriya was his caste as Dr. R. K. Mukerjee believed. The peacock theory is also forwarded by some scholars by affirming that Chandra Gupta belonged to a region where peacocks were found in abundance. The Greek writers bear testimony to the humble origin of Chandra Gupta.   Read Also: Centralized Administration of Mauryan Empire

He established a big empire and made India free from the Greek settlements on the northern border. He defeated Dhan Nand the ruler of Nanda dynasty and established his suzerainty over Magadh. He also defeated the Greek ruler Selukose and forced him to sign a treaty according to which —

3. Selukose sent Megasthenese to the Court of Chandra Gupta Maurya.

The empire of Chandragupta extended from Himalaya in the north to Mysore in the south and from Bengal to Hindukush in the north-west and in the west up to the Arabian sea. His capital was Patliputra.

According to Buddhist Texts, Chandra Gupta ruled successfully for 24 years. According to Jain Texts, he gave the throne to his son and went to Mysore with Bhadrabahu, the Jain Monk. He accepted Jainism and led the life of a Monk. He died in 298 B.C.   Don’t Miss:Takshila UniversityInvasion of Alexander in India