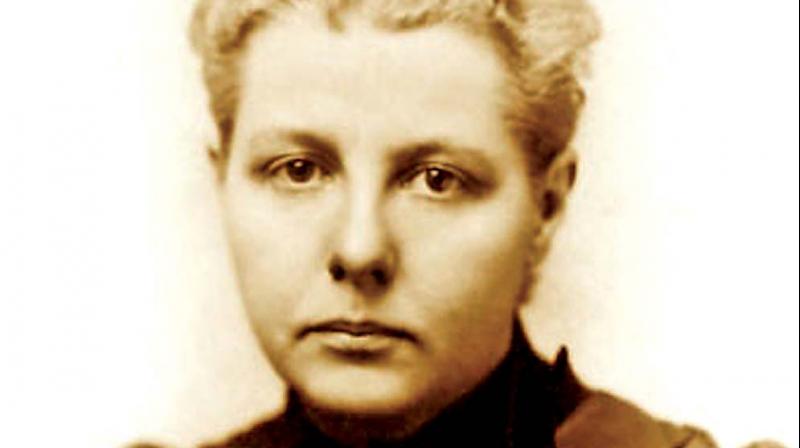 Annie Besant was a prominent Theosophist, social reformer, political leader, women’s rights activist, writer, and orator. She was of Irish origin and made India her second home. She fought for the rights of Indian and was the first woman president of Indian National Congress.

Annie Besant was born as Annie Wood on October 1, 1847, in a middle-class family in London. She was of Irish origin. Her father died when she was only five. Annie’s mother supported the family by running a boarding house for boys at Harrow. As a young woman, she traveled widely in Europe and this widened her outlook.

Annie Besant was married in 1867 to a clergyman called Frank Besant. But the marriage did not last long. They legally separated in 1873. Annie Besant had two children from the marriage. After her separation, Annie began to question not only her long-held religious beliefs but the whole of conventional thinking. She began to write attacks on the Churches and the way they controlled people’s lives. In particular, she attacked the status of the Church of England as a state-sponsored faith.

Annie Besant fought for the causes she thought were right, such as women’s rights, secularism, birth control, Fabian socialism and workers’ rights. She became interested in Theosophy as a way of knowing God. Theosophical Society was against discrimination of race, color, gender and preached Universal brotherhood. To serve humanity at large was its supreme goal. It was a member of Theosophical Society of India that she arrived in India in 1893.

She toured the entire country of India. It gave her first-hand information about India and middle-class Indians who were affected more by British rule and its system of education. Her long-time interest in education resulted in the founding of the Central Hindu College at Benares (1898).

She also became involved in Indian freedom movement. Along with the Lokmanya Tilak in 1916, she founded Home Rule League which advocated self-rule by Indians. She became the President of Indian National Congress in 1917. She was the first woman to hold that post. She started a newspaper, “New India”, criticized British rule and was jailed for sedition. She worked hard on the campaign for India’s independence and has created various letters and articles demanding the independence of India. After the arrival of Gandhiji on Indian national scene, differences arose between Mahatma Gandhi and Annie Besant. Gradually, she withdrew from active politics.

Annie Besant died on September 20, 1933, at Adyar (Madras). As per her wish, her ashes were immersed in Ganga in Benares.