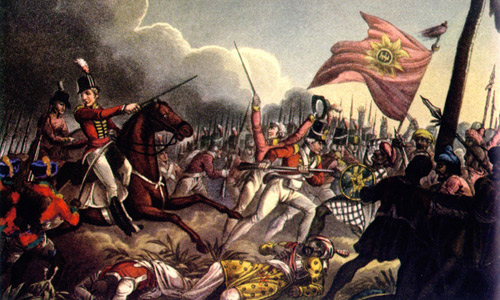 1707:          Battle of Khed was a one of the historically significant battles fought in India in which Tara Bai defeated by Shahu

1740:          Battle of Gharia. notable among Battles fought in India between Sarfaraz Khan, Nawab of Bengal, and Alivardi Khan yvas killed.

1746-48:    First Carnatic War. One of the important battles fought in India was between French and British forces. Madras was captured by French but returned to the English by he Treaty of Aix-la-Chappalle. It is famous for the battle of St. Thome, in which a small French army defeated the Nawab’s large force

1749-54:    Second Carnatic War. Initially the French under Dupleix had some successes but at last the English got a hold

1757:          Battle of Plassey. The Englhish forces under Robert Clive defeated the army of Siraj-ud-daula

1764:          Battle of Buxar, The English under Munro defeated Mir Qasim, the Nawab of Bengal, Shuja-ud-daula, Nawab of Avadh, and Shah Alam II, the Mughal emperor 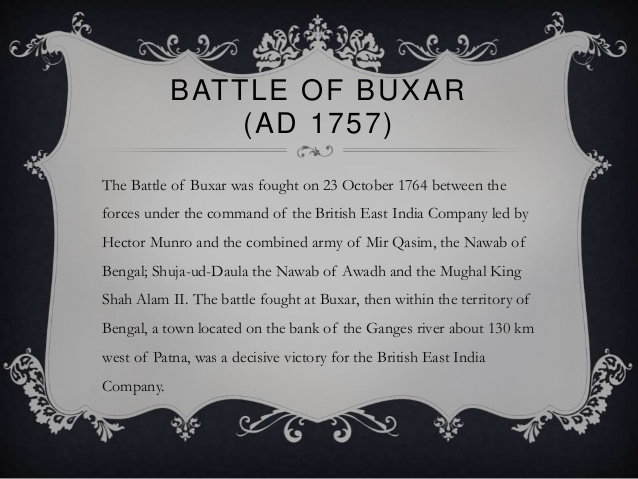 1767-69:    First Anglo-Mysore War. Contested between Haider Ali and the British

1775:          Battle of Sindkhed, among battles fought in India between the Marathas and the Nizam. The Nizam was forced to surrender some territories

1752-82:    First Anglo-Maratha War. The British army was defeated. The humiliating convention of Wadgoan (1779) was concluded. Peace was at last restored by the Treaty of Salbai (1782)

1803-06:    Second Anglo-Maratha war. The Marathas were defeated by the British

1814-16:    Nepalese War. Between the English and the Gurkhas. The war came to an end with the Treaty of Sagauli

1817-19:    Third Anglo-Maratha war. The Marathas were badly defeated by the British

1824-26:    First Anglo-Burmese War. The British defeated the Burmese. Peace was restored by the Treaty of Yandahboo

1839-42:    First Anglo-Afghan War. The Afghan ruler Dost Muhammad was defeated by the English

1845-46:    First Anglo-Sikh War. The Sikhs were defeated by the English. The war was ended by the Treaty of Lahore

1848-49:    Second Anglo-Sikh War. Sikhs were defeated and Punjab was annexed by the British

Battle fought in India after 1900

1919-21:    Third Anglo-Afghan War. The English though victorious did not benefit from the war.