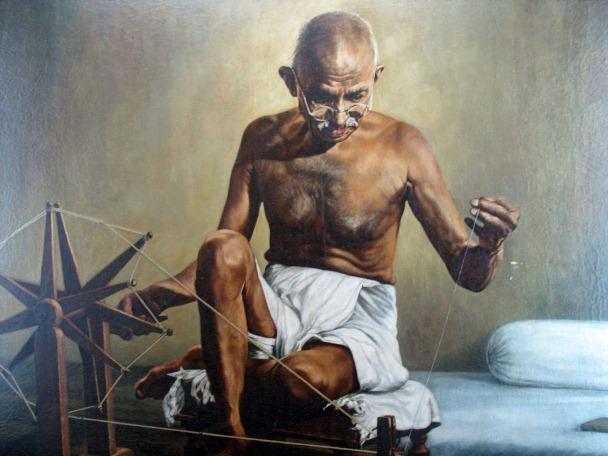 (i) A mob of people at Chauri Chaura (near Gorakhpur) clashed with police and burnt 22 policemen on February 5, 1922.
(ii) This compelled Gandhiji to withdraw the Non-Cooperation movement on Feb. 12, 1922.

(i) Constituted under John Simon, to review the political situation in India and to introduce further reforms and extension of parliamentary democracy. Indian leaders opposed the commission, as there were no Indians in it.
(ii) The Government used brutal repression and police attacks to break the popular opposition. At Lahore, Lala Lajpat Rai was severely beaten in a lathi-charge. He succumbed to his injuries on Oct. 30, 1928.

(i) On Dec. 19, 1929, under the President ship of J. L. Nehru, the INC, at its Lahore Session, declared Poorna Swaraj (Complete independence) as its ultimate goal.
(ii) On Dec. 31, 1929, the newly adopted tri-colour flag was unfurled and an. 26, 1930 was fixed as the First Independence Day, was to be celebrated every year.

(i) The first political murder of a European was committed in 1897 at Poona by the Chapekar brothers, Damodar, and Balkishan. Their target was Mr. Rand, President of the Plague Commission, but Lt. Ayerst was accidentally shot.
(ii) In 1907, Madam Bhikaiji Cama, a Parsi revolutionary unfurled the flag of India at Stuttgart Congress (of Second international).
(iii) In 1908, Khudiram Bose and Prafulla chaki threw a bomb on the carriage of Kingsford, the unpopular judge of Muzaffarpur. Khudiram, Kanhaiyalal Dutt, and Satyendranath Bose were hanged (Alipur Case).
(iv) In 1909, M L Dhingra shot dead Col. William Curzon Wyllie, the political advisor of India Office in London.
(v) In 1912, Rasbihari Bose and Sachindra Nath Sanyal threw a bomb and Lord Hardinge at Delhi (Delhi Conspiracy Case).
(vi) In Oct, 1924, a meeting of revolutionaries from all parts of India was called at Kanpur. They setup Hindustan Socialist

(vii) They carried out a dacoity on the Kakori bound train on the Saharanpur-Lucknow railway line on Aug. 9, 1925.
(viii) Bhagat Singh, with his colleagues, shot dead Saunders (Asst. S. P. Of Lahore, who ordered lathi charge on Lala Lajpat Rai) on Dec. 17, 1928. Then Bhagat Singh and Batukeshwar Dutt threw a bomb in the Central Assembly on Apr 8, 1929. Thus, he, Rajguru and Sukhdev were hanged on March. 23, 1931 at Lahore Jall (Lahore Conspiracy Case) and their bodies cremated at Hussainiwala near Ferozepur. In 1931, Chandrashekhar Azad shot himself at Alfred Park in Allahabad.
Must Read: Indian National Movement

(i) Also called the Salt Satyagraha.
(ii) Along with 78 followers, Gandhiji started his march from Sabarmati Ashram on March 12, 1930 for the small village Dandhi to break the salt law.
(iii) He reached the seashore on Apr. 6, 1930.
(iv) He picked a handful of salt and inaugurated the Civil Disobedience Movement.

(i) It was the first conference arranged between the British and Indians as equals. It was held on Nov. 12, 1930 in London to discuss Simon commission.
(ii) Boycotted by INC, Muslim League, Hindu Mahasabha, Liberals and some others were there.

(i) Moderate Statesman, Sapru, Jaikar and Srinivas Shastri initiated efforts to break the ice between Gandhiji and the government.
(ii) The two (government represented by Irwin and INC by Gandhiji) signed a pact on March 5, 1931.
(iii) In this the INC called off the civil disobedience movement and agreed to join the second round table conference.
(iv) The government on its part released the political prisoners and conceded the right to make salt for consumption for villages along the coast.
Don’t Miss: Swadeshi Movement

(i) Gandhi represented the INC and went to London to meet British P. M. Ramsay Macdonald.
(ii) However, the session was soon deadlocked on the minorities issue and this time, separate electorates was demanded not only by Muslims but also by Depressed Classes, Indian Christians, and Anglo-Indians.

(i) Announced by Ramsay McDonald. It showed divide and rule policy of the British.
(ii) Envisaged representation of Muslims, Sikhs, Indian Christians, Anglo-Indians, women and even Backward classes.
(iii) Gandhi, who was in Yeravada jail at that time, started a fast unto death against it.

(i) After the announcement of the communal award and the subsequent fast of Gandhiji, the mass meeting took place almost everywhere.
(ii) Political leaders like Madan Mohan Malviya, B. R. Ambedkar, and M. C. Rajah became active.
(iii) Eventually, Poona pact was reached and Gandhi broke his fact on the sixth day (Sept 25, 1932).
(iv) In this, the idea of separate electorate for the depressed classes was abandoned, but seats reserved to them in the provincial legislature were increased.

(i) Proved fruitless as most of the national leaders were in prison. The discussions led to the passing of the Government of India Act, 1935.

(i) In 1930, Iqbal suggested that the Frontier Province, Baluchistan, Sindh, and Kashmir be made the Muslim State within the federation.
(ii) Chaudhary Rehmat Ali gave the term Pakistan in 1923.
(iii) Mohd. Ali Jinnah of Bombay gave it practicality.
(iv) Muslim League first passed the proposal of separate Pakistan in its Lahore session in 1940.
Also, Read:
Important Indian National Movements and Years
Nationalist Movements in India – Read Article