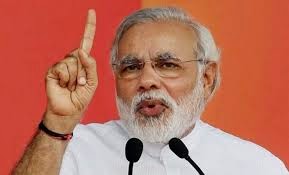 The Super Seven’s roles are clear:

Jaitley has to deliver the reforms and growth even while communicating with the Delhi media – hence the addition of the I&B portfolio despite his health issues.

Parrikar is key to both defence preparedness and ‘Make in India’. It is highly unlikely that the world will beat a path to India to set up manufacturing industry when China and Vietnam and cheaper, but defence manufacturing does not need the high level of competitiveness that other industries do. Defence is always protected in any country, and this is where the manufacturing boom will begin to happen. Once this takes off, other manufacturing clusters will happen.

Nitin Gadkari and Suresh Prabhu will have to deliver the jobs multiplier in road and railway infrastructure. Even though bullet trains have hogged the limelight, Prabhu’s core job is to get investments (including FDI) into railways and make the organisation the engine of economic and jobs growth, just as the Golden Quadrilateral road project was Vajpayee’s inspired vision in NDA-1.

Venkaiah Naidu (among others things, he has to deliver parliamentary backing for some laws that may be changed while also shepherding Modi’s urban agenda of creating jobs and infrastructure in urban areas, including at least a couple of smart city projects.

Piyush Goyal has to meet Modi’s goal of viable 24×7 power in all states, a Modi’s achievement in Gujarat.

And Ravi Shankar Prasad’s telecom, of course, is the golden goose that is needed to generate revenues (from spectrum, etc) and provide the backbone for e-governance and the information highway.

Modi’s Pareto work is thus comprised of seven super ministers who are very critical to his core agenda of jobs and growth, and 11 ministers who have to play support roles in the softer areas that deliver governance and/or remove the obstacles to growth and political dominance.

Previous article10 things to do before the exam!
Next articleInteresting Facts to Know About India