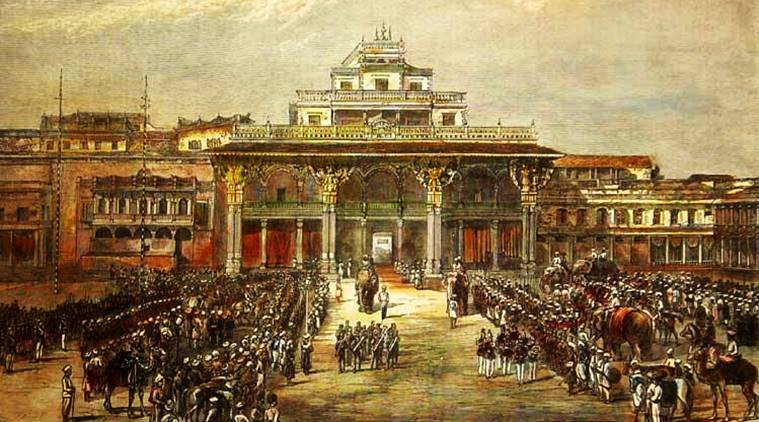 The history of India begins with evidence of human activity of Homo sapiens, as long as 75,000 years ago, or with earlier hominids including Homo erectus from about 500,000 years ago.

The time between 200 BCE and ca. 1100 CE is the “Classical Age” of India. It can be divided in various sub-periods, depending on the chosen periodisation. The Gupta Empire (4th-6th century) is regarded as the “Golden Age” of Hinduism, although a host of kingdoms ruled over India in these centuries.

The Bronze Age in the Indian subcontinent began around 3300 BCE with the early Indus Valley Civilisation. It was centred on the Indus River and its tributaries which extended into the Ghaggar-Hakra River valley, the Ganges-Yamuna Doab, Gujarat, and south eastern Afghanistan.

The Indus Valley Civilization existed in between 3000-1500 BC while the earlier Kot Diji cultures, of the pre-Indus period, existed in the period of approximately 3300-2800 BC. Harappa and the city of Mohenjo-Daro were the greatest achievements of the Indus Valley civilization. These cities are well known for their impressive, organized and regular layout.

Then came Aryans who composed these evocative hymns to nature and celebrated life exuberantly referred to themselves as Aryas usually anglicised as Aryan meaning ‘noble’. The 6th Century B.C. was the period of Magadh Kingdom. Chandragupta Maurya ousted the oppressive ruler of Magadh to find his own dynasty that existed from 322 – 298 B.C.

The most famous Maurya King Ashoka the Great ruled from 273 – 232 B.C over a large kingdom stretching from Kashmir and Peshawar in the North and Northwest to Mysore in the South and Orissa in the East. He after witnessing the carnage at the battle field of Kalinga (269 B.C.) in Orissa, dedicated himself to Dharmma ( righteousness ).

In the subsequent centuries, after the Ashoka empire disintegrated, India suffered a series of invasions, and often fell under the spell of foreign rulers – Indo Bactrians, the Sakas and others. After the next 400 years of instability the Guptas established their kingdom.

Kalidas, the famous Sanskrit poet and dramatist, author of Abhijnana Shankuntalam, Kumarsambhavam and Meghadutam is believed to have adorned the Gupta court. Also the great mathematicians like Aryabhatta and astronomers like Varahmihir lived during this period. The dazzling wall paintings of the Ajanta caves too are traced back to this era.

Cholas, Pandayas and Pallavas ruled over the southern part of India during the medieval period of India’s history. Cholas ruled the territory of Deccan (today the districts of Thanjavur and Tiruchirapally) while the Pandyas reined around present day Tirunelvelli and Madurai.

Pallavas of Kanchi rose to prominence in the 4th Century A.D. and ruled unchallenged for about four hundred years. The Nayanar and Alvar saint poets belong to this period. The gemlike shore temples at Mahabalipuram date to this period. The Cholas overthrew the Pallavas were in the 9th Century and regained political primacy in south India. The 15th Century saw the decline of the Pandyas.

327 BC – The Conquests of Alexander The Great

322 BC – Rise of the Mauryas, Chandragupta

30 BC – Rise of the Satvahana Dynasty

50 AD – The Kushans and Kanishkas

892 AD – Rise of the Eastern Chalukyas

In recent decades there have been four main schools of historiography regarding India: Cambridge, Nationalist, Marxist, and subaltern. The “Cambridge School,” led by Anil Seal, Gordon Johnson, Richard Gordon, and David A. Washbrook, downplays ideology.

Significance of the Harappan Civilization