History of Planning and Five Year Plan  in India :

After Independence, Indian economy was in a poor condition. For a new nation, every sector was to be strengthened from the base thereby strengthening the economy. For all this to happen a consolidated planning was required. So, the government of India constituted an institution called PLANNING COMMISSION in 1950 (Planning commission was replaced by NITI AAYOG in 2014).

The five-year plans were the set of programmes to be implemented in a five-year term focussing on the problems (or) the sectors which needed attention at that time.

In the first five year plan, Government emphasised mainly on agricultural sector.All the sectors were controlled by the government and private sectors had a very minimal role. The plan was successful yielding good results.

The second five year plan was based on MAHALANOBIS STRATEGY, which emphasised promotion of heavy industries under Government leader ship and generated revenue will be used for agriculture. Meagre results were attained here.

The fourth five year plan emphasised on agriculture and food security was its primary goal. It also emphasised on social justice by providing education and employment to under privileged classes. Still the results are not satisfactory.

In the fifth five year plan, the government recognized the failure of the previous plans and this time the main focus was on anti-poverty and minimum need programmes. This plan yielded good results.

The sixth five year plan marked a shift in the industrialization pattern from heavy industries to infrastructure development. Anti- poverty programmes and rural employment programmes were also launched during this period.

The eighth five year plan completely changed the face of Indian economy. The role of the government is minimized and private sector was given priority. India became a market oriented economy from this period.

Greater role to private sector was continued and new labour, land and legal reforms were introduced in this period.

Tenth five year plan focussed more on services and IT sector and was able to achieve expected growth rate. But the growth rate in the agriculture sector dropped down.

It emphasised more on agriculture and social sector and environmental sustainability and achieved agricultural growth rate of 4%. 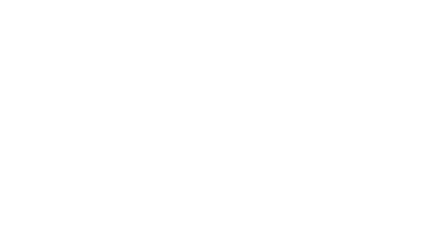 It is the present five year plan with the target of achieving faster, more inclusive and sustainable growth with development of all sectors and also decided to achieve growth rate of 8%.

Inclusiveness is a multidimensional concept. Which includes following attributes:

Thus, the five year plans had been playing a major role in the consolidation of Indian economy since Independence. However there was a need of reform in the process of planning as it was more than half century old and hardly  gone through a major upgradation. In a federal structure it is not easy to reform an institution which has been playing essential role in the centre-state financial relations. The erstwhile 50 years old Planning Commission of the socialist era was replaced by NITI Aayog earlier this year. Its role is to act as a think-thank to the government with noted economist Arvind Panagariya as its vice chairman. The government’s idea of NITI Aayog which is nothing but a much needed reformed Planning Commission as per the current economic necessities.

Agriculture in India: Challenges with Agricultural Marketing and APMC Act

The Indian Economy is the 9th largest economy of the world and also one of the fastest growing world economies. The most top industries...
Read more
Economy

Economics is the science which studies human behaviour and aims at meeting maximum objectives with the help of limited resources. It is the art...
Read more
Economy

Indian Railway is an Indian state-owned enterprise, owned and operated by the Government of India through the Ministry of Railways. It is one of the world's largest...
Read more
Economy

The economy of India is the tenth-largest in the world by nominal GDP and the third-largest by purchasing power parity (PPP). The country is...
Read more
Economy

The Industrial Revolution was a period from the 18th to the 19th century where major changes in agriculture, manufacturing, mining, transport, and technology had...
Read more
Economy

The Indian economy has been premised on the concept of planning. This has been carried through the Five-Year Plans, developed, executed, and monitored by the Planning Commission. With the Prime...
Read more