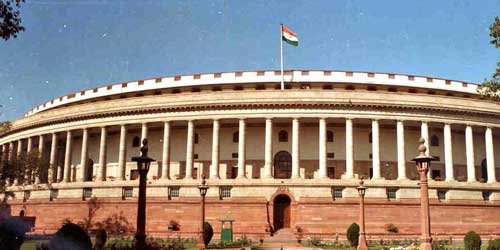 In the current, ongoing, budget session of Parliament the Bankruptcy Bill and Insolvency Code, cleared by the Joint Parliament Standing Committee, is likely to be discussed.

Apart from this, in order to make the recovery process more efficient and expedient, the SARFAESI (Securitization and Reconstruction of Financial Assets and Enforcement of Security Interest) Act and Debt Recovery Tribunal (DRT) Act have also been amended.

The proposed Bill intends for a complete revival of the current insolvency and bankruptcy system in India, that is going to assist in streamlining the procedure of restoration of companies facing financial distress.

The Bankruptcy Bill also aims to better the ease of doing business and entice more investment in the country. The Bill is certainly going to help Indian firms to exit an ailing business while banks stand to gain as they can recover their dues in time.

The Bankruptcy Bill proffers adherence to strict deadlines in deciding whether to liquidate a sick company or not, wherein the decision to liquidate a company will have to be reached within 180 days.

In his Budget Speech (2015-16) the Finance Minister, identifying Bankruptcy Law Reform as a key priority for improving the ease of doing business, had announced that a comprehensive Bankruptcy Code, matching global standards and catering necessary judicial capacity, would be brought in the financial year 2016-17.

To fulfil the promise, the Government had formed the Banking Law Reform Committee to look into various Bankruptcy related issues and give its report along with a draft Bill on the subject to the Government.

The current situation is that there is no single law that deals with insolvency and bankruptcy in India. A number of provisions stretched across numerous statutes have furnished the insolvency and bankruptcy-related process a legal morass significantly obstructing the ease of doing business in the country. The new Bill makes way to consolidate all this  into a single Code.