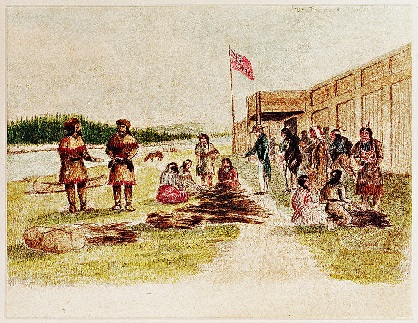 What has been the impact of British rule over India? It must be clearly stated that sharp differences have always existed, and continue to persist, among the Indian nationalists and the Western Scholars in their evaluation of the impact of British colonial rule over the economy, society and polity of India.
According to many western writers, the British rule provided political unity and stability of governance to India. It has been maintained by the Western scholars that the British rescued India from chaos and provided political stability. As Morris D. Morris, an American Scholar observes:

“Despite a Hindu tradition of imperial expansion, at no time in Indian history over any large region did a stable political unit survive for more than a century or a century-and-a half. There was nothing that compares with the imperial chronologies of Rome, Egypt, or China. A crucial consequence is that no tradition of continuous administrative institutions and no persistent bureaucracy ever developed”.

Indian political unity was a myth, an abstract concept which was concretized into a reality by the British rulers. In the absence of political unity, the eighteenth century India had very low levels of “commerce and capital accumulation” and its implication was that the British rule in India had to deal with a very low level of an economy. This argument of the western writers challenges the nationalist argument that India was economically very attractive and profitable for the British.

Second, the western writers have suggested that the history of India revealed a very low level of agricultural productivity because it was based on a ‘non-animal powered agriculture’. According to many western historians, the absence of any worthwhile technology kept a large portion of India as a ‘virgin land as late as 1800’. Tobacco, potato and peanut cultivation was introduced by the British in India.

Third, according to them, India could not claim any great achievements in manufacturing because it lacked technology. Although India had some excellent craftsmen and produced textiles and a few other manufactured goods but they were the result of hard work and not of any developed technology. The evidence for this view-point is gathered from the seventeenth-century records of the English which point out the inelasticity of textile productivity in India. W.H. Moreland and many other scholars have used the evidence of early European travelers to prove that Indian technology was poor. On the basis of such evidence, Morris D. Morris observes that:

“…. The Indian subcontinent was a region in which per capita income was relatively low in the centuries before 1800. Given the lack of political stability, low agricultural and non-agricultural productivity, and insignificant commerce no other conclusion is supportable”.

To sum up, the Western writers have made two points regarding the impact of British rule over India. First, on the eve of colonial expansion, the British found a highly underdeveloped India with low productivity in agriculture, very low per capita income and absence of any developed technology or tools for manufacturing. Second, the benevolent policies of the British helped in the establishment of political unity, a system of governance and it laid the foundations of economic development in India.

Must Read: Drain of Wealth British Colonialism and Economic Impact

As against this, the Indian nationalist scholars put forward a different hypothesis. Dadabhai Naoroji, Romesh Chandra Dutt in the 19th century and Rajni Palme Dutt in the 20th century represented the Indian nationalist perspective. The question
they raised was that why did the British East India Company gradually get involved in local wars of conquest? Why did the British Queen in 1858 take up the direct responsibility of ruling over India till 1947? How was it that the East India Company which came to India with a trading capital of £ 68,000, went on to make fortunes? If the Indian economy was really stagnant, how did it sustain the East India Company and its expenditure?
Two important aspects of British colonial rule over India highlighted by the nationalists were the ‘drain theory’ and the theory of ‘de-industrialisation’.

The Revolt 1857: the First War of Independence