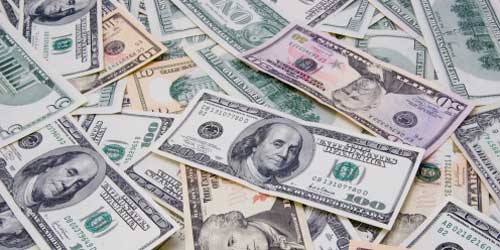 Paper money is commonly used throughout much of the world today. In the United States the official name for paper money is the Federal Reserve Note. However, they are usually just called “bills” or “dollar bills.”

Where is Paper Money Made in the United States?

United States paper money is made by the Bureau of Engraving and Printing. It is a division of the Department of the Treasury. There are two locations, one in Washington, D.C. and another in Fort Worth, Texas.

New bills are designed by artists at the Bureau of Engraving and Printing. They first draw out some rough sketches with different ideas. They work on creating a dignified image that will portray the strength of the United States. They then put anti-counterfeit measures into the design that will keep people from being able to copy the bill. The final design must be approved by the Secretary of the Treasury.

Must Read: History of Money

Making paper money is a complex procedure. Most of the steps are designed to make the money difficult to counterfeit.

Also Read: How Coins are made?

Interesting Facts About How Paper Money is Made

Methods Used By RBI to Control Supply Of Money