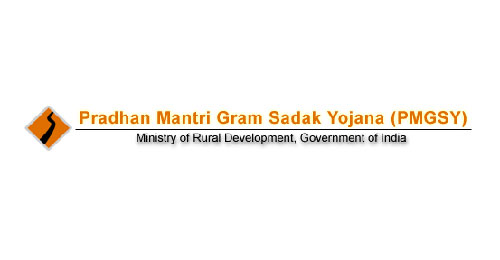 The Pradhan Mantri Gram Sadak Yojana was launched on 25 December, 2000 by the then NDA Government led by the Prime Minister Atal Bihari Vajpayee. The programme was introduced with an aim to cater all-weather road connectivity to every rural abode with a mimimum population of 500 in the plains and 250-plus in hill states, tribal districs and desert areas. PMGSY, a fully centrally sponsered schemem, covered a total of 1,78,184 abodes.

The road built under Pradhan Mantri Gram Sadak Yojana are required to fulfil the technical specification and geometric design standards in the rural Road Manuals, specially brought out by the Indian Road Congress in 2002. all roads, falling under PMGSY, are protected by a five year maintainance contract. According to a standard Bidding Document this maintenance contract, that is in addition to the construction contract, has to be entered with the same contractor.

The fact that a total of 1,14,540 (64 per cent) out of targeted 1,78,184 abodes actually have roads today can be considered a reasonable acheivement. It is imperative here to mention that projects are being cleared for another 30,501.

Pradhan Mantri Gram Sadak Yojana , since its commencement, has catered connectivity of over 4,66,044 km, that includes upgradation of 1,67,977 km of existing roads, at an aggregate cost of Rs 1,41,822 crore as on January 2016. The most important thing to note, in order to highlight the acheivement of Pradhan Mantri Gram Sadak Yojana in real terms, is to know not how much but where these roads have been built.

It has been rightly assesed that Pradhan Mantri Gram Sadak Yojana , a rare public programme, qualifies as a success in terms of accomplishing both equity and efficiency objectives.

The biggest impact has been on productivity. It is only due to Pradhan Mantri Gram Sadak Yojana that producers of perishable produce such as vegetables, milk and fish have become able to sell these to a wider base of consumers. This wider base of consumers has been created by the enhanced connectivity between the villages. It has also empowered companies to distribute their products through rural retail stores.

The most important factors behind the success of PMGSY is that it did not have to undergo lack of funding for most of the time. In the beginning it was financed extensively through a 50-paise-per-litre cess on diesely, that was increased to 75 paise in the 2003-04 Budget. It is important here to mention that the UPA which formed the Governmen a year later, did not undemine Pradhan Mantri Gram Sadak Yojana . On the contrary, it enhanced the allocation that eventually made the programme a real success. Expenditures and road construction reached a peak in 2009-10 that witnessed 60,117 km of rural road construction.

It was only from 2011-12, the programme suffered drawbacks in terms of allocation of funds. The current NDA Governmen, under the leadership of Prime Minister Narendra Modi, has allocated Rs. 19,000 crore under Pradhan Mantri Gram Sadak Yojana to put it back on the rails. The Government has also announced that it will connect remaining 65, eligible abodes by 2019.