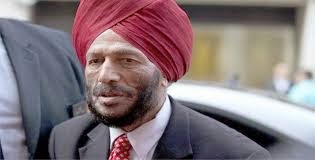 During the communal riots that followed the Indo-Pak partition, Milkha Singh lost his parents at a tender age of 12. It was then he ran for his life and came to India. Every day he used to walk a distance of 10 km barefoot from his home to a village school in Pakistan.

Legendary Sports Personalities of the World

India and Indians at the Olympics

Introduction of Events in the Olympics