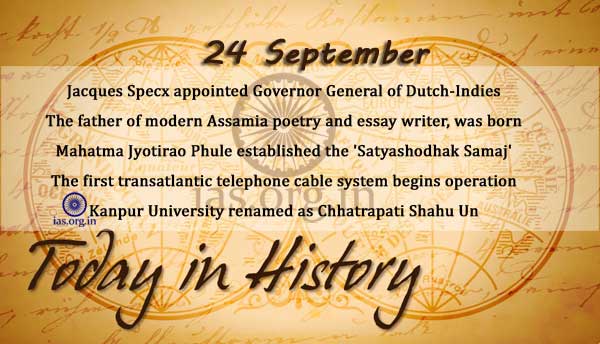 After having been dissolved, the French Parliament of Paris reassembles in triumph.

Henry, first Viscount Hardinge of Lahore and Governor General of India, passed away.

The World Women’s Party meets for the first time since World War II.

The Enterprise, the first nuclear powered aircraft carrier, is launched.

Union Labour Minister announces a new export-oriented emigration policy in place of the regulatory one.